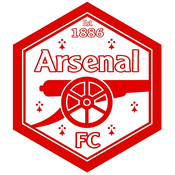 Step back in time to an age where brave Knights would face off to entertainment the masses. This build allows the participants to control the two daring knights as they battle in front of the King perched atop his Castle. Accompanying the puppets is a backdrop of rolling hills far into the distance below a blue sky, all presented behind a decorated façade with gold detailing.
The set has 4 primary builds, with the façade, backdrop and two knights, bringing the piece count of the set to 2100 bricks. The puppets are connected via two strands of string and a centre beam to a handle in which the user rotates 2 levers to move the puppets arms up/down. You are also able to manually adjust the articulation of the puppets hands, as well as take off their weapons. The Kings arms can also be moved up/down from the hidden side of the backdrop with 2 rotating cog pieces.

The façade and backdrop are connected by 2 clips at either end of the build. Not only can the two sections be easily separated, but they can also rotate with one side clipped in if you wish to put the scene at an angle or allow for more space to play.

The only copy of this set exists as a digital file, so it’s possible that some aspects of the build may not be as structurally stable as assumed, though I’ve tried my best to keep the structural integrity of the set within reason. The set was designed using a combination of Stud.io and Lego Digital Designer, and rendered with Stud.io.