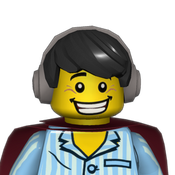 Your favorite clay friends are back!

Gumby and his friends have entertained and inspired us for eleven years (1957-1968).  By the 1970’s, Gumby’s TV show was discontinued, but the studio still continued to make claymation.

When the show was revived in the 1980’s, it became the top animated show of the time.  The show was even featured on Saturday Night Live, and many College kids across the US were now watching Gumby; from 1987 to 1988, Art Clokey's, creator of Gumby, studio had produced 99 new episodes.

In 1992, Art finished producing The Gumby Movie even though it wasn’t widely advertised.  From 1996 to 1998, The Gumby Movie was released by Warner Vision, over a million copies on VHS were sold.  The film was even shown many times on Showtime, HBO, and the Disney Channel.

In the mid-1990’s, all of Gumby’s Adventures had been aired on Nickelodeon and was on the top of the ratings for over three years.  The series was also shown on Cartoon Network in 1998.

Even now, kids and adults of all ages recognize Gumby and his friends.