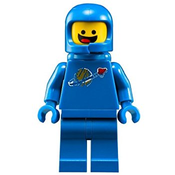 By Adam259
7 comments
Personally, I love the Heroica series and playing it with your friends is a greate fullfilling of your spare time. The game itselft offers a great potential to create own rules and play the same game in different ways again and again. I believe that this game has catched the attention of many LEGO fans and I hope that many will share my enthusiasm.
Short introduction of this set:
Heroes of Heroica have finally set the Kingdom of Heroica free from the goblin invasion. The king was saved from the sewers of Ilrion and established new reign over his land. Unfortunatelly, they still have some work to do. Evil vampires have awaken dark power in the south. Ancient pharaoh was sleeping for centuries but now he is a new threat for southern lands. With his army of mummies he is preparing for the fight. On the other side our heroes, in this case the knight, mage and  thief, are also ready for the battle!
New mechanics:
I want to use the same rules as the original Heroica series did. However I would like to add the new monsters as scorpions (1hp), mummies (2hp) and pharaoh (3hp). Scorpions also have ability of poison if 2 skull dice is rolled. The player is marked with green dot and can move only on point next turn until the Blue healing potion is used. The sarcophagus (on image 2) has the same function as coffin in Ilrion. Another new trap is a sinking sand. ( on image 5 ). Player who fall in it is stuck until he rolls 3 points or Heroica sign.
Winner needs to defeat the pharaoh and gain his crown of power.