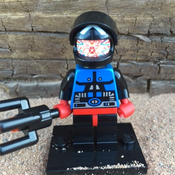 Hello, I am submitting an idea based on Zelda: A Link to the Past, Desert Palace.  This one is called Zelda Desert Grounds, Link will be battling 2 lanmolas for the Power Gloves.  The lanmolas broke the bridge to gloves so he has to battle them first.  Once he gets the gloves he then can pick up the pillar to get a shield that is held on it.  I like this idea since in Zelda you need different items in order to reach news ones that were once unattainable.  On top of the pillar sits the owl that helps him through out his journey, also there is 1 green rupee and 1 red rupee.  There is a heart inside one of the lanmola's head and then once the lanmola disappears after you beat it, you could add the heart to your health upgrading yourself like in the game.  There are barrels and one magic potion, if you want you could put the magic potion or rupees in the barrels.  Then you could make Link burst them open to get them like in the game.

I thought this set should have two different lanmolas since everyone likes to have different legos to play with and not just copies of the same ones.  One is longer than the other but the shorter one has a bigger head and has a compartment to hold an object like a heart.  These lanmolas have spikes on the end of their tails just like in the game.

Link comes with his basic green clothes, a sword, bow and arrows.  Once you get the shield you could attach it to his back, like in the pictures.  There is a golden chest to hold the Power Gloves in but you could put anything you want in there.  This could lead you to having different stories and ideas to play around with, endless fun.

Thank you so much and I hope you like my idea by supporting.