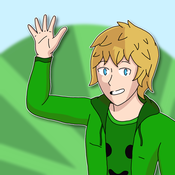 Enter the world of Remnant along with Team RWBY with this LEGO RWBY set idea!

Build one of the many varients of the evil Grimm with this Beowolf build and fight to protect the kingdoms of Remnant from them as Ruby, Weiss, Blake, and Yang of Team RWBY.

The buildable Beowolf has many poseability options with shoulder, arm, leg, knee, jaw, fingers, toes, and tail joints. It is covered in spikes and horns all over. The beowolf is entirely built with black and white bricks.

This set comes with 4 figures. Ruby (Red), Weiss (White), Blake (Black), and Yang (Yellow). Ruby comes with her scyth, Weiss has her sword, Blake with her sword and rope, and Yang with her gauntlets. Ruby also comes with an alternate hat piece with her hood.

This set also comes with an extra minor build in the form of a tree. It is a very simple build with a small number of parts in it. The tree is meant to set the setting of the set into the Forever Fall forest from RWBY.

This set has about 262 parts including minifigs and detail pieces.

RWBY is one of my favorite current shows and I would love to see it come to LEGO. I feel it translates well into LEGO and the fanbase is large, so I know many people would want to buy it.

Thank you all for your consideration and support!