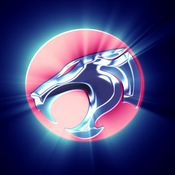 In the summer of 1989, Batman came to the big screen for the first time since 1966. Thanks to the work of comic artists like Frank Miller, the public was ready for a new, darker take on the caped crusader.
Anton Furst was hired as production designer for Gotham City and the Batmobile, he managed to capture the essence of a Batmobile which has now become an icon in the Batman movie franchise.

I've choosen a smooth and sleek finish for it to keep it looking as close as possible to the famous movie car.

The guns towards the front of the car can be removed allowing you to have the car in normal street mode or battle mode. The cockpit cover also removes allowing you to add your LEGO Batman character.