By Xendor
1 comment
This is a Lego set based on the Smuggler class of Star Wars the Old Republic. Here, you were hired by the Republic to smuggle some weapons to a war lord known as the Butcher. When you go to pick up the cargo, the rebels on the planet capture the anti-air cannons. You go, free of charge, to free the turrets. When you come back, you find out that a traitor, Skovik, stole your ship, and the delivery. Before you go after him, however, you have a bit of business to do. Meanwhile, a girl by the name of Syreena is showing attraction to you. Later, you find out that the Butcher isn't happy, and has sent bounty hunters after you. Before you leave, you find out that Syreena was really the traitor's partner, finding her next to your boss, whom she just killed. After you get information as to where to find Skovik, you and Corso Riggs go to the nearest transport hangar. When you get there, you run into two bounty hunters. 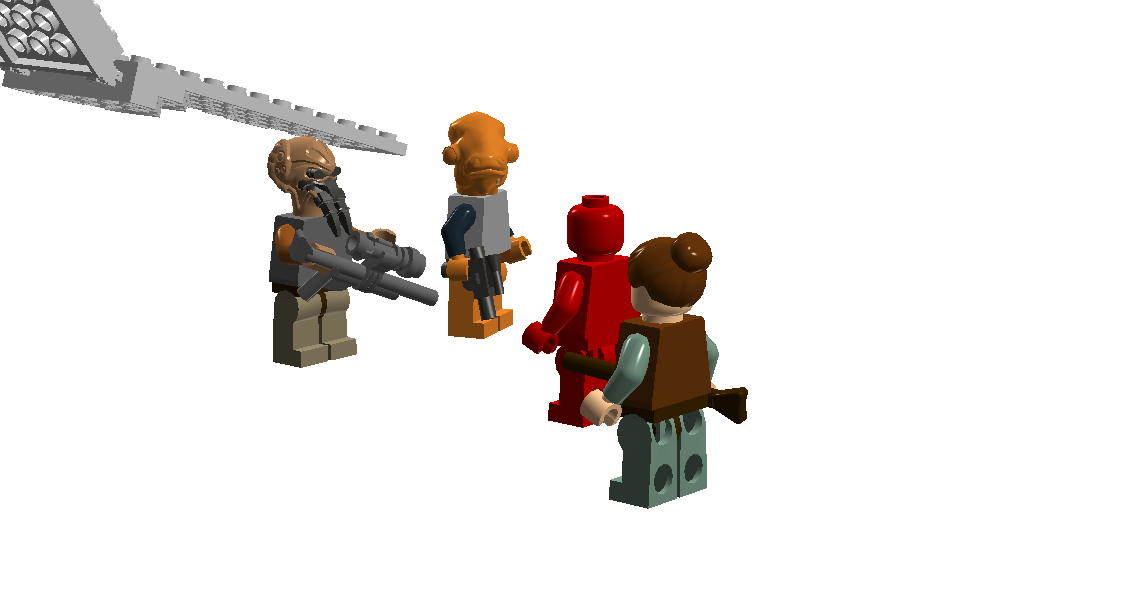 The bounty hunters then attempt to talk you into coming in alive. When you refuse, they try to kill you. Once they're dead, you and Riggs then get on the shuttle, and head for Coruscant. 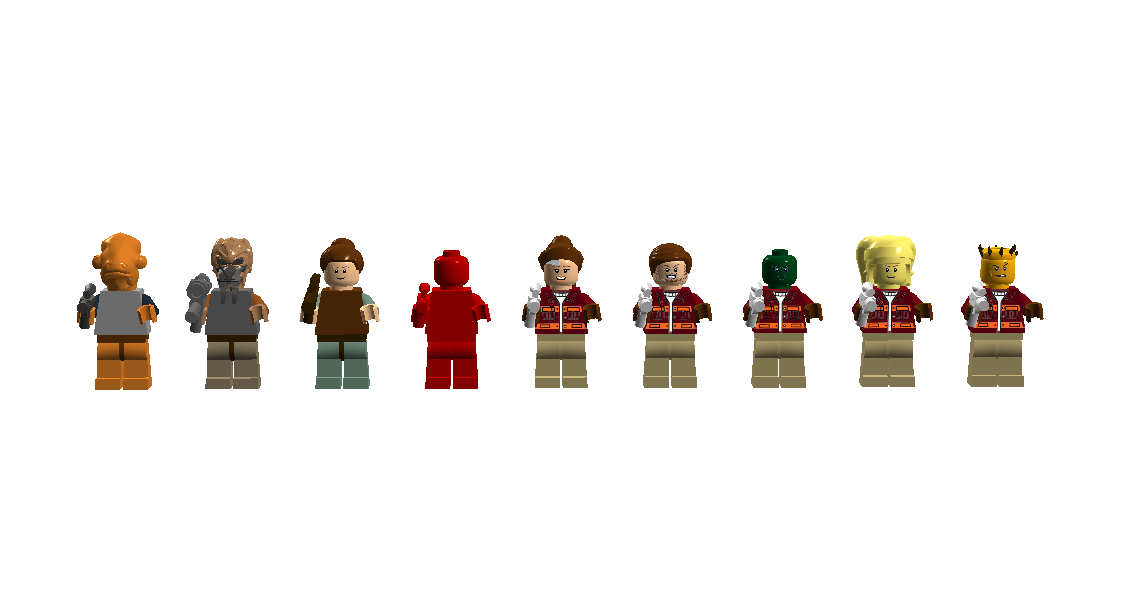 As usual, we have a few random smugglers that could come with this set. To the right of the red figure, we have (left to right ) a Female Cyborg, a Male Human, a Male Mirialan, a Male Twi'lek, and a Male Zabrak for the random minifigures. To the left, we have (right to left) Corso Riggs, a Kel Dor bounty hunter (Plo Koon's head could be used), and a Mon Calamari bounty hunter. 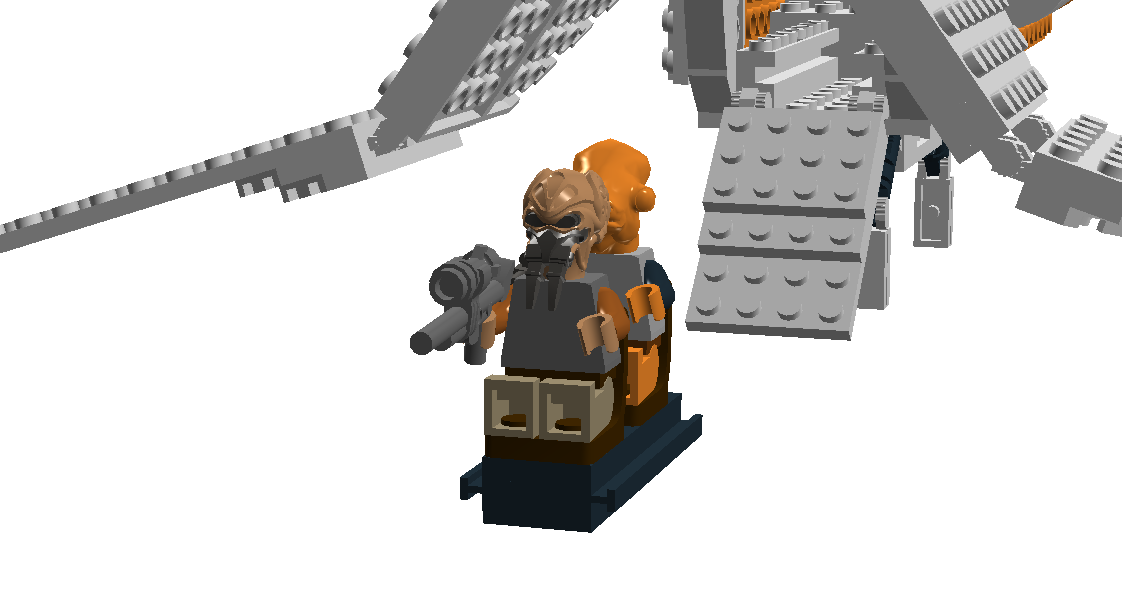 Here, we have a picture of two chairs that can slide in and out of the back of the shuttle, allowing easy access for passengers. 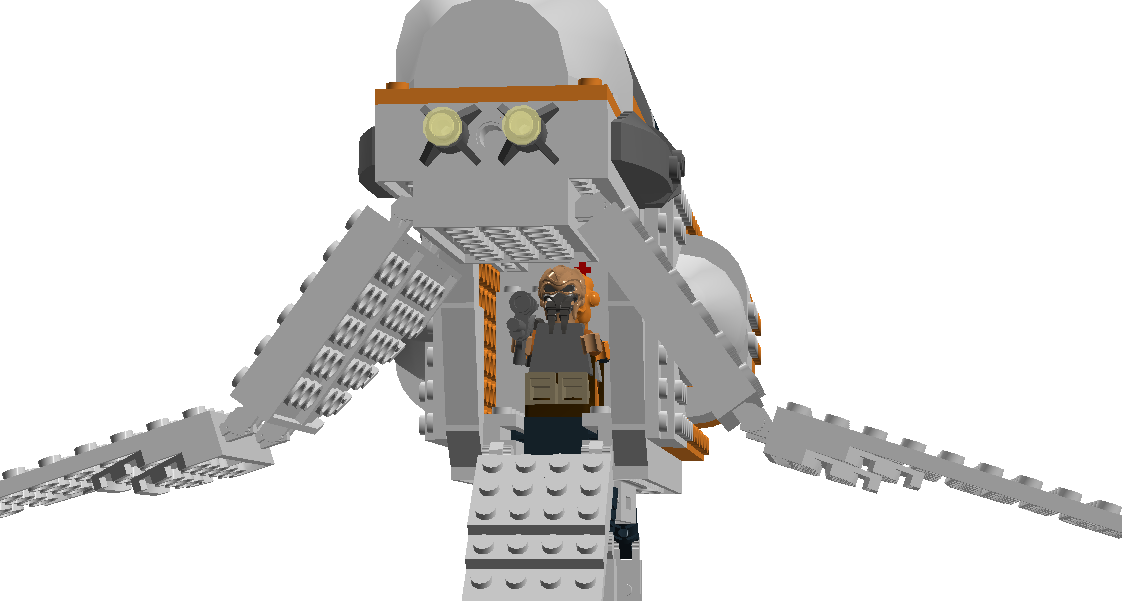 Hear, we have an image of the rear of the set, as well as the two bounty hunters loaded in their seats.

I hope that you like this idea. I will be improving the set later on.

May the Force be with you.