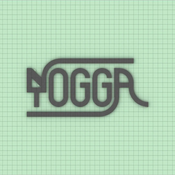 By NoahBrickz
21 comments
Ping Pong: A sport everyone can play and that everyone likes.
This Model consists of a Ping Pong Table, two Ping Pong Players, two Ping Pong Rackets and two Ping Pong Balls.
It can be used as a Playmodel but also as a Displaypiece.
All in all it contains 140 pieces.
I always wished that there was a LEGO Ping Pong Set, but because there wasn't one, I felt obligated to be the one who did it and out of that I was motivated to start this Project. I've tried dozens of different designs and finally I've came up with this version. Then I've added two Ping Pong Players, each one got a racket and a ball. Last but not least I thought that the black base would make it more esthetic and then it would also be able to be displayed if somebody just wants to put it somewhere.
Ping Pong is my favorite sport ever, because:
-it doesnt take up much space.
-you can it play alone and in a team.
-it's easy.
-it's fun.
-it's competitive.
I think it's a pretty accurate version of a Ping Pong Table, for the fact that it's minifigure-scaled. Because it doesn't have many pieces, it's pretty affordable for everyone and people can easily have a LEGO Ping Pong Table.
I hope you like my Idea as much as I do, if you do, please support it, I would really appreciate it.
Thank you very much :)