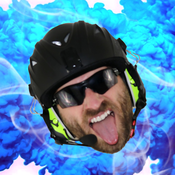 Today history was made when SpaceX successfully launched the most powerful rocket in operation, the Falcon Heavy. This impressive piece of aerospace machinery is capable of producing more than 5 million pounds of thrust at liftoff. That's enough power to place a fully-loaded 737 jetliner, or 423,000 bananas, into orbit! However, the most awe-inspiring feature of the Falcon Heavy is its capacity to land and reuse all three of its 1st stage cores. Learn more about the Falcon Heavy here.

Coincidentally, also lifting off today is this Lego Ideas proposal for the SpaceX Falcon Heavy! Okay, it's not really a coincidence. With your support we can turn this dream into a reality so that one day you too can build your very own Falcon rockets.

Blast off to place your satellite (included) into orbit, or really challenge yourself by engineering your own payload (i.e., probes, telescopes, Tesla Roadsters, etc.). For manned missions, replace the fairing entirely with the Crew Dragon capsule (included). But wait, there's more! Simply detach the two side cores and now you have the Falcon 9. Amazing! This launch vehicle is even capable of performing a rapid unscheduled disassembly (RUD) when dropped onto hard surfaces. Rocket science has never been this fun!

Approximately 26 inches tall and roughly estimated to be around 1700 pieces. Designed to match the scale and asthetic quality of the Saturn V.

If you would like to see the SpaceX Falcon Heavy in your Lego collection, please support and share this page!

Thank you all so much!

Any and all sarcasm herein inspired by Elon Musk.