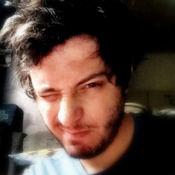 This Project is in honour to Roberto Gómez Bolaños, the El Chavo del 8 series creator.

"The Villa of Chavo” proposal is based on the popular Mexican series EL CHAVO, created by Roberto Gómez Bolaños (known as Chespirito), produced by Televisa in Mexico. Their episodes remain in the air until now, even though it's been 30 years since the first episode was released. Reprising very successfully among all ages in several countries such as Brazil, Argentina, Peru, Chile, USA, Spain and others.

The Villa of Chavo set is about the courtyard of the villa, which is the main site of the series, where El Chavo interacts with friends and where locals meet themselves to amusing situations.

The Villa of Chavo contains details such as the famous barrel where the main character, El Chavo, hides himself when he gets into trouble and Quico’s favorite toys.

This pack brings the main characters of the series: El Chavo, Chilindrina, Mr. Raymond, Quico, Mrs. Worthmore, Professor Girafalde, Miss Pinster "The Witch of 71", Mr. Beliarge. And it also comes with another famous character of Roberto Gómez Bolaños: the hero Captain Hopper (Chapolin Colorado in Brazil) which had a small role in a special episode of EL CHAVO DEL 8.

This will be a successfull pack from adults who grew up watching the daily show, to the children, who influenced by these same adults have fallen in love with the characters.