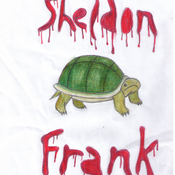 170 years ago, during the Golden Age of whaling, the whaleships of the New Bedford and Nantucket harbors lit the world and lubricated the machines of the Industrial Revolution with whale oil, and provided the whalebone necessary for the manufacture of countless products. The extraction of commercial products from whales at sea always began with a chase. The whaleboats were the whalers' primary means of chasing whales and, if successful, transporting the whale carcass back to the whaleship for processing. The boats, due to the violent and unpredictable nature of whaling, had to be strong enough to withstand the strains of an enraged whale towing it across the water, but also light and agile enough so that it could be raised and lowered quickly, glide across the water, and turn sharply at a moment's notice.

Sometime between 1696 and 1750 these ideals were achieved when the double-ended whaleboat was developed, ultimately replacing the more cumbersome square-sterned model. The V-shaped bow and stern not only streamlined the boat but also allowed for maneuverability in both the fore and aft directions. The design outlived the American whaling industry, which faded away in the early 20th century with the rise of petroleum. Lifeboats on merchant ships and warships continued to use the whaleboat design throughout the twentieth century.

Thank you all for your time and support!