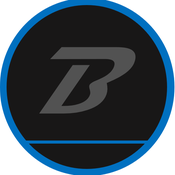 While the god Cronos lead the twelve Titans, Mansory has created the new master of eight and twelve cylinders in lavish carbon handiwork. In contrast to the Greek mythological figure the Gronos enters into a permanent reign, which cannot even be ended from Olympus. For this Mansory has completely redone the eight-cylinder bi-turbo engine and installed genuine motor racing components. Engine pistons, connecting rods, rod bearings, crankshaft, crank, the cylinder head and many other parts now meet the high demands of Mansory. They changed all components into one’s made of lighter material for performance boost. These parts are made by Mansory in their factory in Germany. These beast handles the terrain and off-roading with same smoothness as running at high speeds on the German Autobahn.

I needed 197 pieces of LEGOs and it took me about 2 years from the idea to the finished product. The hardest part was to figure out how to design the front bumper and grill to look as realistic as possible. I think I did a very good job.

I think it looks the best in black that’s why I tried to choose the best matching color.

I hope you like the way I built this fast and huge SUV, which holds the old values by being perfectly useable during off-roading.

Thank you for your support in advance.