November will mark the 20 year anniversary of the release of Star Control II. A great game that combines an epic quest with arcade action. I and many of my compatriots have spent countless hours seeking out resources and allies in the immense expanse of stars or matching skills against our friends in feverish head-to-head space combat.

More than a decade after its release the game has continued to accrue accolades (ha, seriously, pun not intended), and now exists with new life having found itself ported to an open source version rechristened "Ur-Quan Masters."

You can download it legally and absolutely free here.

This is a proposal to create a collection of ships and figures based on the immense variety found within the game.

These ships would not be minifig scaled but would instead be conservatively scaled toward the "midi." The concept behind this is to allow for a single set with the maximum number of ships and aliens possible. Everyone has their favorite species and ship so I don't want anyone left out if I can help it.

This concept of a Minifig with a undersized vessel is well presented in Lego's new series of Star Wars planet-ship-figure sets.

This is a very active project, if you don't see something you like right now, please check again later.

The main pic is "The Captain" with his pivotal Precursor Vessel! CrashSanders has designed this ship to be modular (just like the one in the game) with each section snapping to a core structural piece going down the center.


Note that this is a collaborative project with the very talented Crashsanders. 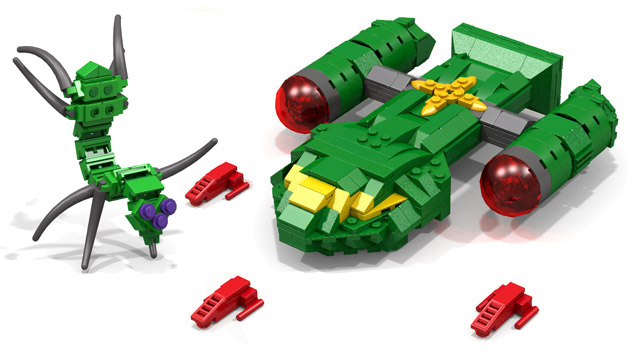 Above is the Ur-Quan and their Dreadnaught with its autonomous fighters.

With these designs I hope to emphasize Lego approved micro-building techniques and uncommon building styles. For example, The Yehat Terminator build (depicted below) demonstrates standard snotting, advanced plate to plate snotting, and angled building for instance. 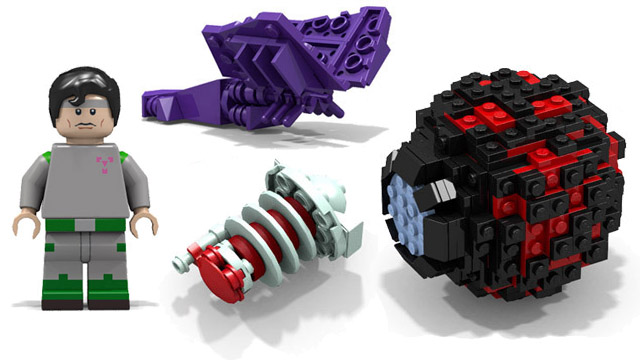 Androsynth, Mycon, the Androsynth Guardian and the Mycon Podship.

Why not just build these on your own you may ask? Well, these are renderings of the Lego builds. Some of the "Lego" used are not in color/part combinations that actually exist. For instance, the Androsynth Guardian parts do not actually come in the very light blue depicted above.

Additionally, custom printing is something that can be difficult for advanced Lego moders but can be incredibly daunting for the average Lego fan. Authentic Lego printings cannot be surpassed in its quality or resilience. 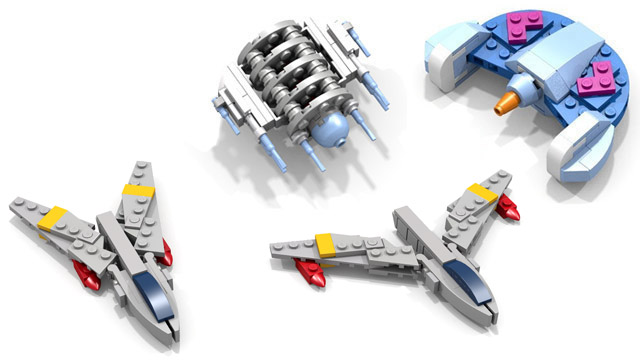 Utwig Jugger, Yehat Terminator and the two forms of the Mmrn-hrmm Transformer.

Discworld
A world on the back of a turtle.

Perry the In-Action Figure
A humorous reference for fans of Phineas and Ferb. 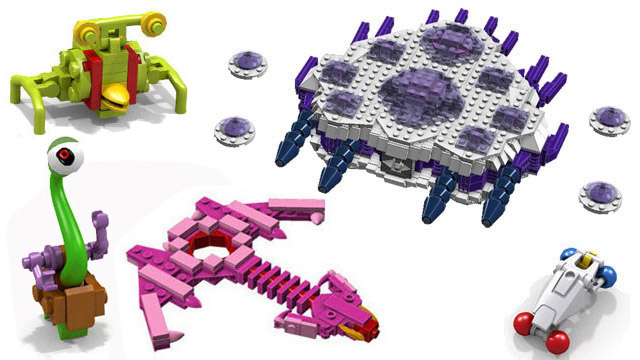 Cuusoo is a site where people submit ideas for new Lego sets. If the project can get 10,000 Supporters then Lego will review the projected. If Lego likes the idea, and can get permission from the IP holders, then they will create their own version of project and mass produce it to make it available to you.

Other Projects worthy of your Attention

These are all quality projects with at least 200 supporters so you know they are of high quality.