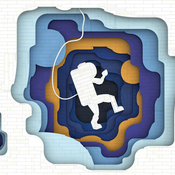 By Les Briques de Loïc
102 comments
Sir Charles Spencer «Charlie Chaplin», (1889 -1977) was an English actor and comic director who became famous in the era of silent cinema. Chaplin has become a world icon thanks to his screen character «Charlot» and is considered one of the most important figures in the film industry. His career spanned over 75 years.
I was inspired by this character with his bowler hat, his faithful cane has his character allowing him to be recognized immediately and his particular approach.
A 45 cm high floor lamp accompanies it with its pedestal
If you are passionate about cinema or Charlie Chaplin this construction will please you and will look great on your shelf.
I would love to see this iconic character adapted in lego, Charlie Chaplin is a part of the cinema history and I hope that this project reminds you lot of of his movies!