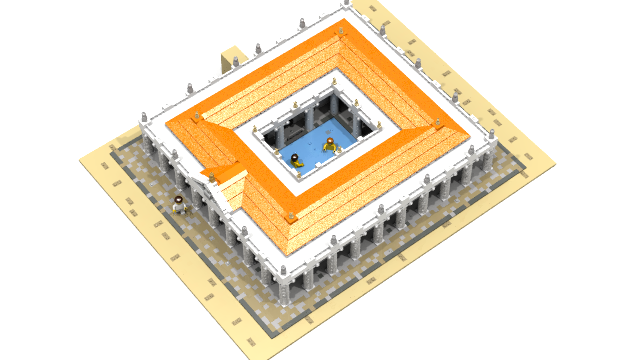 In ancient Rome, Thermae and balnea were facilities for bathing. Thermae usually refers to the large imperial bath complexes, while balneae were smaller-scale facilities (like this set), public or private, that existed in great numbers throughout Rome. Most Roman cities had at least one, if not many, such buildings, which were centres not only for bathing, but socializing. They were supplied with water from an adjacent river or stream, or more normally, by an aqueduct. The water could be heated by a log fire before being channelled into the hot bathing rooms. 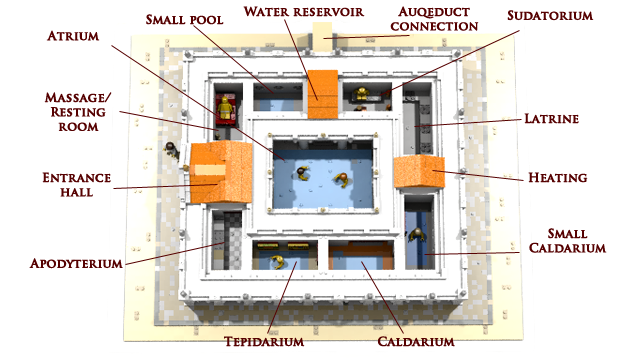 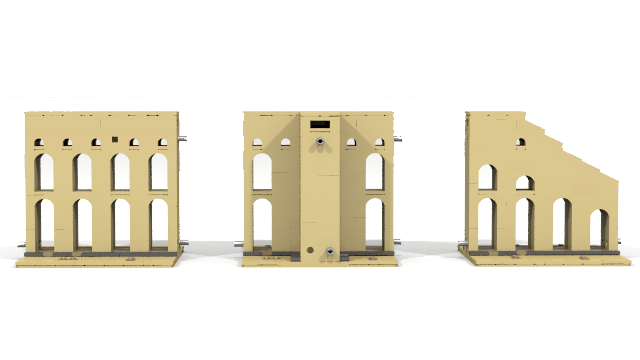 The Romans constructed numerous aqueducts to bring water from distant sources into their cities and towns, supplying public baths, latrines, fountains and private households. This set of aqudeucts are modular, each item can connect to the others (and to this bath).
Idea: you can put a straw inside the aqueduct, then it can be used as a real aqueduct. 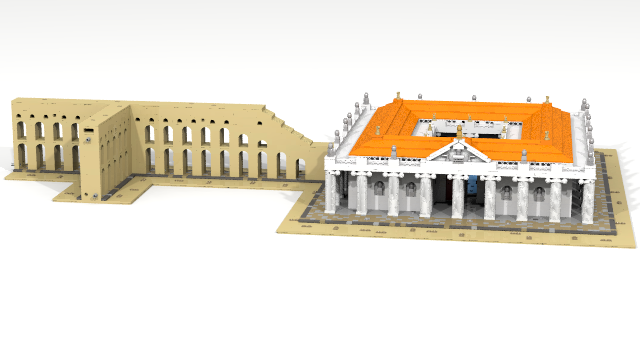