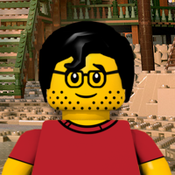 With human expansion into the galaxy at it's all time highest rate it can difficult for an honest hard working alien miner to carve out a respectable foot hold.  This Mining Tank allows you the ability to deftly defend your claim while increasing production ten fold!  The sonic drill demolishes useless rock leaving precious minerals untouched.  The Mining Tank includes two worker droids that are insured NOT to gain self awareness and turn against you or your loved ones.  And it wouldn't be a tank without a giant laser cannon sure to cut through the toughest armor.  Side access to the engine compartment makes it easy for your engineer to keep things running smoothly.  A storage compartment in the rear is equally suited for hauling valuable resources as it is to transporting human captives.  And if the worse happens to befall you and your crew rest assured that you and your copilot will able to rocket into the safety of space with a detaching space pod!  This Mining Tank sets a new standard for astroid mining in the galaxy, don't be left without one!