Saved by the Bell - Vignettes 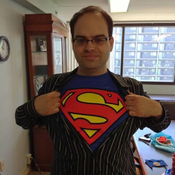 If you grew up in 80's or 90's, chances are you followed the exploits of the gang at Bayside; Zack, Kelly, Screech, Lisa, Slater, and Jessie. You watched them go through high school, graduate, and go to college. You scratched your head when the school magically moved from Indiana to California. You learned about the dangers of caffeine pills, how to win a dance contest with a sprained ankle, and the Zack Morris 5-minute rule. Some of these have even  become embedded in our collective cultural knowledge, even appearing this year on the Tonight Show with Jimmy Fallon.

Here we have a simple collection of two vignettes from Saved by the Bell. It's a good, inexpensive set that captures the heart of the show. There are the lockers that the gang often hung out by when they were at Bayside. The lockers even open so you can stuff Screech in them. There is also the iconic booth that was the setting for many of the gang's capers. This is an inexpensive way to re-enact your favorites scene from the show.

So what is the appeal with this set? Well, as I mentioned before, Saved by the Bell is a cultural icon for people from their 20's-40's, and even younger generations who have been introduced to the show through re-runs.

- Screech with his robot buddy, Kevin

- Zack with his cellular phone

- Lisa with her purse

- Kelly with her pom poms

Special thanks to my brother Marc.