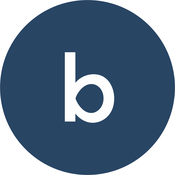 By Balticom
4 comments
Everybody knows about modern super-heroes, but have You ever heard about Latvian hero named Lāčplēsis?
Our idea is based on an epic poem Lāčplēsis by Andrejs Pumpurs, a Latvian poet, who got inspired by local legends and mythology. This poem revolves around the life of the legendary hero Lāčplēsis, also known as the “Bear-slayer” – he kills a bear by ripping its jaws apart with his bare hands.

Lāčplēsis was chosen by the gods to become a hero of his people, gifted with superhuman strength and great courage he fights back the German crusaders. Lāčplēsis goes on a long journey filled with danger, intrigues and plot twists. In the end he reunites with his friend and finds true love, his inner strength allows him to forgive some of his enemies.
But the final is rather tragic – Lāčplēsis organizes a friendly tournament with one of the German crusaders – Black Knight, who knows the secret of Lāčplēsis strength: Lāčplēsis’ mother was a she-bear, and his strength lies in his bear-ears. The Black Knight cuts off Lāčplēsis' ears. Filled with anger and pain Lāčplēsis lifts the Knight to throw him in the river from a cliff, but both fall together into Daugava river...
The set includes:
- Lāčplēsis/Bear-slayer figure (with his sword and shield)
- Dark Knight figure (with his sword and shield)
- Bear figure
- A tree and a cliff, where the final fight happens
We believe that this set will become an important tribute to the Latvian culture and heritage. It will raise interest amongst younger generation to this unique Latvian national epic. Imagine presenting this set to a child on the Lāčplēsis Day – a memorial day for soldiers who fought for the independence of Latvia. This idea combines leisure and history lesson in one. And maybe You could change the outcome of the final battle! :)