Jupiter 2 (Lost In Space: The Series) 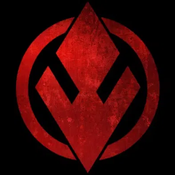 By Dark Side1
35 comments
"Danger, Will Robinson".
The Jupiter 2 appears in the "Lost In Space" series. This is the Robinson family ship. I built this iconic ship in the series because I really liked it.
The characters included are Will Robinson, Penny Robinson, Judy Robinson, Maureen Robinson, John Robinson, Don West, Dr. Smith, The Robot and The SAR. It also contains the emblematic rooms seen in the series: the control room, two bedrooms (one owned by Will), an infirmary, a planting room, two warehouses, a machine room and a room containing a round table. The roof is removable.
So, it would make a great set, either for play or for collecting.
If you like my set, don't hesitate to support!

By Dark Side1
35 comments