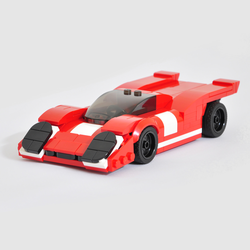 KMPMOCS
24
20
days left
This Lancia Delta HF Integrale was a Group A rally car built for the Martini Lancia by Lancia to compete in the World Rally Championship from 1987 to 1992.
This would make a great display alongside the new Speed Champions' Audi Quattro S1.
Although this is not going to get selected as Ideas set, because Lego now have their own 8-wide vehicles in Speed Champions, I would still like to take this opportunity to share my new moc :)
Regards,
KMP
https://www.instagram.com/kmpmocs/
https://www.flickr.com/people/149274215@N03/
24
20
days left