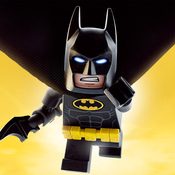 The Casino of Monte Carlo is a complex for gambling and entertainment located in Monte Carlo, in the Principality of Monaco. It includes a casino, the Grand Théâtre de Monte Carlo and the headquarters of Les Ballets de Monte Carlo.

Prince Charles III ordered the construction of a new district called Monte Carlo, and a new casino entered this project.

The casino was built by architect Charles Garnier who also created the Paris Opera, which builds the casino in Baroque style: a palace full of frescoes and sculptures, with a gold and marble atrium. The architectural style of the current building is clearly according to empire, a style very tied to Garnier, one of its greatest exponents.

The construction of the current building began in 1858. The opening took place in 1863.

The model in this submission contains 2999 bricks and so just under the LEGO Ideas maximum limit of 3000.

I originally built a model with high internal accuracy and detail, but this version worked out at over 5500 bricks.

For the LEGO Ideas submission I have reduced more detail.

The other half of the casino must be considered externally mirrored, while inside the first floor, instead of the bar, we find the money change and the related ATM, while on the second floor we find other poker tables, blackjack, roulette and slot machines.