Batman: The Court of Owls Attack on the Batcave 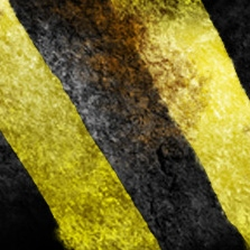 Batman's New 52 series has received critical acclaim around the world for its originality and quality of storytelling. Relive one of the greatest moments from modern comics with Batman: The Court of Owls Attack on the Batcave.

The Court of Owls are a secret organisation that have been present in Gotham for centuries. Many people, Batman included, believed they were just a fairy tale, but slowly they began to step out of the shadows...

This set includes a section of the batcave complete with door and computer table. Batman's hardsuit features several joints, making it easily poseable. The Batmobile included is based upon the New 52 variant and features an opening door. One talon (Court of Owls assassin) is included, as well as one Court of Owls member.

Although new prints would be necessary, no new moulds are needed. The talons are wearing ninja headgear, and the mech has a recoloured cowl.

Projects on Lego Ideas get nowhere without viral campaigns and social media, so please spread the word via the following:

Also, please leave by a comment if you support this, I would really appreciate it!