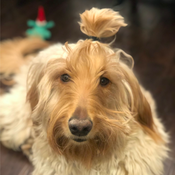 By Camophet9834
7 comments
Once I was thinking to myself I really want to get a legos set into lego ideas so I made it my personal goal. So I got to work on building and I was thinking to myself (this was before I read the guidelines) I want to do a retro lego Nintendo mosaic series. So I got out the cartridges that my dad had when he was a kid and literally looked at the image on the front. Then I realise that the cartridges are perfectly scaled to fit into lego pieces, al also knew that so many people are a big time fan of Nintendo. So I did some research and found that Nintendo is not a competitor to lego. This was confirmed when my friend told me that Nintendo is software and I realised he was right. So I went to build and was like hey I might want to hang these on my wall. So I got building and at first I built it out of studed pieces not tiles and was like uh people arent going to like studed mosaics unless they are massive. And since I have a piece limit of only 1000 legos (guide lines) I went and built it its under 300 legos. I think its around 200-250 pieces. The mosaic itself is a Image from the legend of zelda an nes clasic. At the end of every dungeon you got a piece of the triforce and i thought that that would make an awesome mosaic.