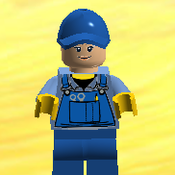 This is a development of my last project which I felt was not quite in line with current Le Mans Prototype designs. To achieve this I have lowered the bodywork of the central section, engine cover and rear end.  The gull wing doors have been modified to include just the area of the cockpit sides instead of extending down to the side pods.  One of the seats has been removed as I noticed from pictures of a real Le Mans car that only one seat was fitted, obviously to keep down the weight.

I have tidied up the rear end treatment including better seating of the aerofoil supports and a more convincing exhaust exit area.  I have re-designed the bodywork immediately behind the cockpit and included a more realistic looking engine air intake.  I have also re-positioned the fuel fillers which are now located in two positions and which extend to outside the bodywork on both sides of the car.  This is as it would be on a real car to cater for the pit services being on different sides of the car at different circuits.

Knowledgeable motor racing followers would probably point out that current Le Mans designs include a vertical section of bodywork which runs centrally from the rear of the cockpit to the leading edge of the aerofoil.  Unfortunately this has proved impossible to achieve in Lego.