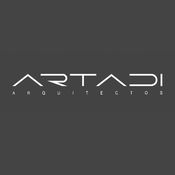 By Artadi
27 comments
Las Arenas House / Lima, Perú
Las Arenas House is a beach house located 80 miles south of Lima.
The project was selected as one of the world's Record House by the Architectural Record magazine in 2006.
It's design - pure and essential - is simultaneously both local and universal and became a Peruvian contemporary architecture icon due its capacity to show the beauty of the coast desert landscape of Peru.
The LEGO model
Due to the impact the project has all over the world - principally in architecture, students have studied and drawn it for more than ten years - we decided to make a small tribute to this house by building it in LEGO bricks.
The model was built using the original house proportions and demanded 1,243 LEGO bricks.
We hope you will like the model as well as the architecture itself.
It would be great to see more models of Latin-American architecture in LEGO Architecture collection so this model would be a starting for that.
We hope this project reach 10,000 likes so LEGO would decide to produce the house as part of its regular architecture collection.
Thank you for your support !