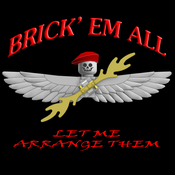 Battleship ( Also known as sinking the fleet ) is a classic board game where two players have to destroy enemy ships.
The game is very simple: each player has a number of units to be placed on their table ( the gaming size is 10x10 quadrants ); the position of vessels can be horizontal or vertical, but not diagonally, and there must be a gap between one unit and the other; the position is identified by a pair of coordinates corresponding to the row and the column.

When both units are placed, they launch an attack on the unit stating the coordinates in the letter/number format (example C-6), the other player controls if those coordinates corresponds to a unit or not declaring "hit" or "water ".
If so, the player who launched the attack will place on their "radar" a red marker, in case you have missed the mark will place a white marker.
Who sinks the enemy units first wins

The set also includes the stickers to seal the 1x1 blue tiles with letters and numbers necessary for the identification of the wessel's coordinates.

This is a prototype, the next phase will be the realization of 2 drawers for storage the units when not using.

The final stage of the project will see the possibility of being able to open and close the game table as if it were a book, so that it can carry around, to play in the car, at the park, etc.