A Taste of LEGO 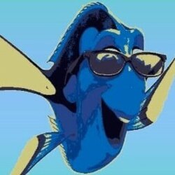 What is your project?
You "butter" believe it, these LEGO Foods are some of my favourite meals and treats built-in LEGO form. This project includes various delicious foods from a slice of cake to a juicy hamburger. Each food has its own characteristics, the burger has its own removable layers, so you can build it any you like, you can even slice your own LEGO Steak, the bowl of macaroni and cheese even includes each individual piece of macaroni to scoop up. (Each food shown comes with its own corresponding serving dish as shown).
Why did you build it?
I went bananas! I designed and built this project because I've always wanted to see the many ways you can build food out of LEGO. The ways each LEGO element could be implemented to really capture and distinguish the look of each food. I made this because this would be one of my most desired LEGO sets of all time, I built a LEGO set that I would want. I don't believe there has been a major set based on food before, and I think this set will make a great LEGO product because of its originality.
Why do you believe this would make a great LEGO set?
I believe this would make a great LEGO set because of its originality, creativity, and playability. This set can be used in many ways from displaying it to playing with it. We've all played with fake food toys when we were younger and this allows you to do that all again with a medium that you love being LEGO bricks. Since this set includes tremendous detail to each food, it would make a stunning display piece anywhere from your kitchen to your office desk. On top of all that, this set is a truly original idea of mine that I've always wanted to make. I think that this set would really fit within the LEGO IDEAS theme as it encompasses that originality that LEGO IDEAS is known for. It's easy as pie!

Foods included:
Details:
Fun Fact: Did you know that it took about 15 hours to render this animation?
**Be sure to support this project and share it with your friends! Together we can get it to 10K!**