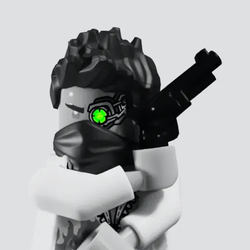 Hey guys I tried to post this on the “Moments in space” competition the other night but there were to many pictures and my project got rejected while I was in bed. But anyways I thought you might like to see what I built so now its become an official Lego Ideas project! I would like to add updates including the launch pad and the drone pilot in the near future!

Relax while your flying through space in this bubble drone. Use your guide stick to keep from rolling around in the bubble as your pilot is flying you around at super sonic speeds. Once you are where the scientist-drone pilot wants you split the bubble open to jump out and do some scientific research on the moon, astroid, or some strange planet. Just be grateful your pilot has gone through extensive training on how to fly these things.