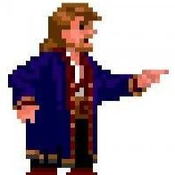 “Deep in the Caribbean….The Lost Fort.
Once build on a reef to protect the royal ships on their journey to the new world and scare the pirates away.
Abandoned by the royal soldiers as they were aware that a century storm will hit the fort. Leaving everything behind as they hastily fled, even the prisoners in their cells, and never came back.
The fort was left to its fate and was forgotten over time. Nature took back what once was the pride of the Royal Navy.
Luckily for some pirates the fort was still enough intact to use it as a hideout after their ship hit the reef and they managed to recover some vegetables, fruits and equipment from the ship.
Now the new owners waiting for any ship to pick them up, spending the days with fishing, exploring the fort and stopping the monkeys from stealing bananas.“
So, all in all - it´s a Caribbean fort, which has seen better days. As a fan of the Caribbean, Monkey Island and the Lego Pirate Theme it was just an idea which popped into my mind. The set will make a great LEGO set due to the beloved Pirate Theme, the compact size (32x32 baseplate) and the several adventures which can take place in this lost fort.