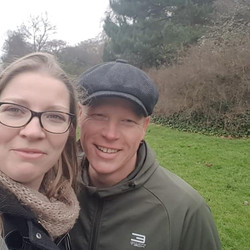 Hey all! This project is a ode to the old dutch heritage. I live very near “ the zaanse schans” wich is a gathering of all kind of traditional dutch house’s and windmills, and is known worldwide. Therefore I had to make a model of one of these beautiful houses. It has been a blast from the beginning until the end of this build. The frontview and shape of this house is based on a real life building. The inside is made from my own interpretation.

The outside contains the famous green wooden planks, orange rooftiles, and the red and white shutters for the windows. This creates the authentic feeling of a traditional dutch house from the 18th century. The most difficult to build was the roof. It has a different shape than a normal roof and it must be able to vold open to see the inside. The chimney is detachable to be able to open the roof. This is made possible due to the hinges used underneath the plates.

The ground floor features a large livingroom, a hallway with a cupboard under the stairs, a spacey toilet, a large fireplace for heating the house like in the past, a open modern kitchen, and a 6 persons dining table. The floor is made of wooden planks.

By using the stairs in the hallway you can reach the first floor. You enter a spacious hall with on the left side the master bedroom. Once again there is a lot of space here. It features a kingsize bed, a standing lamp, and a storage cabinet. There is also a door to enter the storage room that is the length of the house. This is because there is no attic. On the right side of the hall are 2 doors. One of them leads to the bathroom. Inside is a washing place with a mirror, and a shower. The other door leads to the study room. In this room you can find a lounging chair, a large bookcase, and a computer desk with view.

This dutch house is made to honour the past, and that is what made it difficult not to add too much stuff. I kept it pretty basic, but ended up with a brick count of 2989 pieces. At first it was intended to feature a big garden around the house, but then I would have ended up with several thousand more bricks. It is always possible to extend later on right?

I really hope you all enjoy this build as much as I do!