Siege on the Watchtower 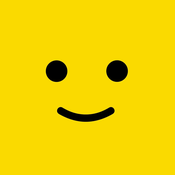 By Lego_Lord
30 comments
On a hill by a river, a lone watchtower stands. However, it is almost constantly under attack by enemy soldiers.
Can the tower's guard defend from the soldiers . . . before it's too late?
I've always wanted to see a realistic siege set, and I brought it to life in "Siege on the Watchtower"! The set comes with four minifigures; the cook, the watchtower's guard, and two enemy soldiers. It is loaded with play features from top to bottom:
The bottom floor is the kitchen, and if you are craving a chicken leg and/or a croissant, this is the place for you! However, watch out for the enemies with their battering ram, which can knock out two specially-made loosely-connected sections of the wall as they invade the watchtower. Why are they invading, you ask? I have no idea; it's up to you to create the story.
Meanwhile, the second floor is a storage room; it has a crate full of weapons and a barrel of extra food, in case the tower's two tenants need extra rations. By day, this floor
is lit by the tiny window; by night, it is lit by the two torches, so make sure to bring lighter fluid (does LEGO lighter fluid even exist? On that thought, did real lighter fluid exist back then?)
On the roof, the guard can rain arrows on enemy soldiers with the mounted crossbow as he proudly displays the castle's colors.
If, somehow, you still have doubts about this project, let me list five great reasons to support my idea:
10,000 supporters can make this a real set! Let's do this!