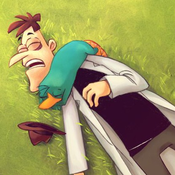 By BrickinShmirtz
247 comments
After many weeks of construction, my 1576 piece “working” LEGO lawnmower is finally complete. The set itself is full of many features, including:
How it works: just like a real lawnmower, to start the motor all you have to do is pull the pull string. When the string is pulled, the motor will activate and the LEGO blade will start to spin.
Since I’ve never really built or tried to make a motorized LEGO, I thought it was a good time to incorporate motors into one of my models. The Lawnmower was something that I thought would be really fun to build at such a large scale because it’s an original idea that no one has ever made out of LEGO bricks.
The lawnmower, being such a widely used landscaping tool, would really benefit from having a LEGO set because 1. It’s something a lot of people use, and 2. It’s never been made out of LEGO before. The inspiration of the LEGO lawnmower really came from seeing lots of people making these large scale LEGO builds.