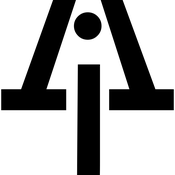 This LEGO model is based off of the real 1994 Audi RS2 Avant.

Previously, LEGO's lineup of 1:17 scale cars, consisted of the Ferrari F40, Mini Cooper, Volkswagen Beatle and T1 Camper Van Creator sets. I feel that this Audi RS2 Avant, a rare care that has both engineering from Porsche and Audi alike would make for a excellent addition. The Audi RS2 Avant, and or wagon is a very special car to all enthusiasts. Not many were made which makes this car often sought after. I have worked on this model for months and have studied this vehicle for some time now, and tried my very best to get the lines and the design and shape of the car down pat. The engine is a 2.2 L 5-cylinder 20 volt Turbo, which is a lot of car for a wagon and Audi in general, generating an astonishing 315 bhp and 302 ft/lb of torque, 0-60 in 4.8 seconds and a max speed of 166 mph, furthermore making this car an extremely fast wagon you could go grocery shopping with the family.

If this Audi RS2 Avant were to become an official LEGO product, it would appeal to a broad audience, because of its realistic and complex design, especially when it comes down to building something so detailed at such a large scale, it would also provide a new level of building difficulty in LEGO System for younger builders.