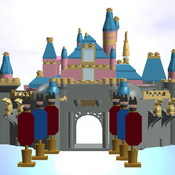 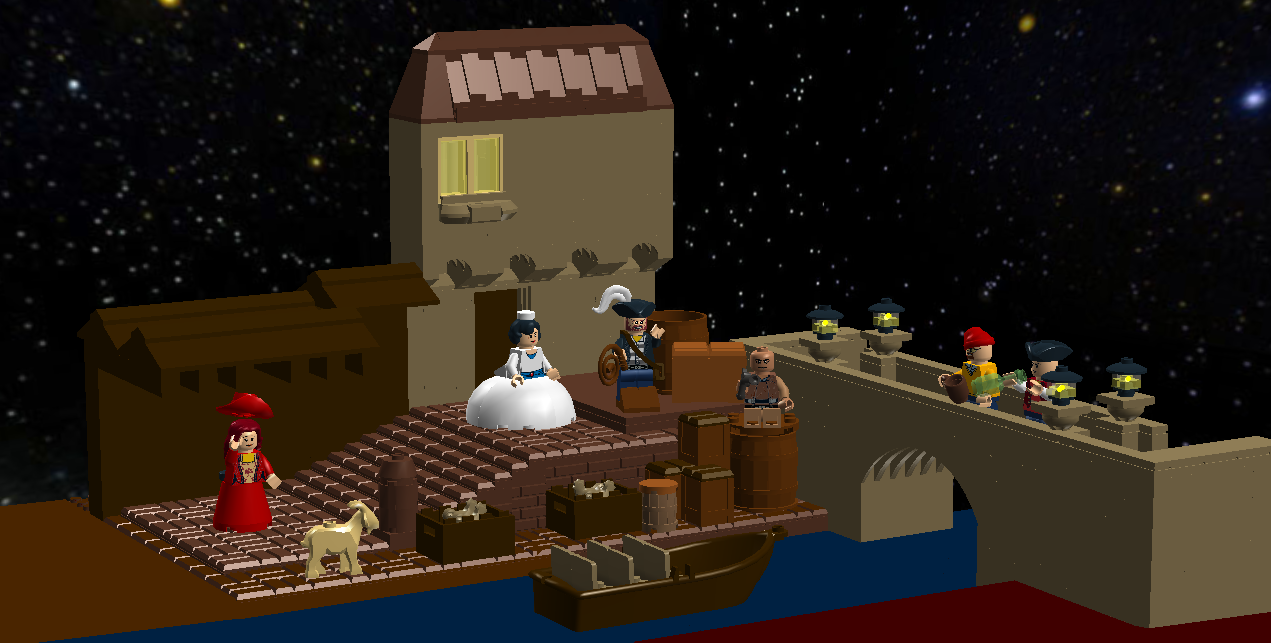 The Auction:
Ah, the "Redhead" scene! Here we see the pirates bidding for "wenches". Some are more cooperative than others especially Scarlett, or the "Redhead" as she is called by the bidders. The Auctioneer does his best to auction off Tiny, the plump beauty, but the bidders seem more interested in Scarlett. C'mon mates all together: "We wants the Redhead! We wants the Redhead!"
Price range: $20-$60

The Helmsman:
In the skeleton grotto, many skeletal remains of former buccaneers can be found. The Helmsman still steers the shipwrecked remains of the ship that once carried brought the pirates to the Caribbean and across the seven seas. Even in death he continues his duty with persistence and a weather-eye on the horizon, despite not having any eyes anymore.
Price range: $10-$30

Pirate Singers:
This singing trio features a bearded guitarist, a rotund tenor, and a bass-singing accordionist. They are joined by a loyal dog who howls along with them as they sing their favorite song "Yo Ho A Pirates Life for Me". Meanwhile, the donkey in the stable sticks his head out of the stable to bray in tune with the singers.
Price range: $10-$30

The Wicked Wench:
This ship has seen better days but its captain is one of the most notorious pirates to sail the seven seas: Blackbeard. As the battle rages on, Blackbeard roars out orders to his crew while taunting the Spanish soldiers at their fort and commanding them to surrender. The set includes Blackbeard, a few pirates, and a couple of Spanish soldiers.
Price range: $100