Boeing 747: Queen of the Skies 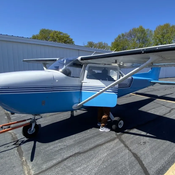 By GrooviestZeus4
26 comments
The current selection of LEGO models has amazing variety, but throughout LEGO’s history, there has only ever been one collector set based off of commercial aviation. The Boeing 747 is arguably the most iconic airliner in history, making it the perfect candidate for an airliner model. The model is based off of the highly popular Boeing 747-400 international.
About the Aircraft:
The Boeing 747-400 was the most popular model of the 747, selling nearly 700 aircraft, half the total sales of the 747 series. When it was built, the 747-400 was the largest passenger aircraft ever built, and it kept this record until Airbus released the a380 in 2005.
The Boeing 747 was developed to be an aircraft at least twice as large as Boeing’s existing 707. In order to make cargo loading easier and more effective for freighter versions of the aircraft, Boeing moved the flight deck above the main cabin, giving the 747 its distinctive “hump.” The increased cabin width allowed more passengers than ever before to fly on a single plane. This lowered prices for airline tickets, opening up air travel to the general population. The plane was immediately popular with airlines and passengers; its large size and increased comfort gave it the nickname “Queen of the Skies.” Shortly afterwards, Boeing developed three more variants of the plane, one with longer range, one for lower-density routes, and one with an stretched upper deck.
The 747-400 was a more advanced version of the classic 747-300, with the same stretched upper deck. The 747-400 was made lighter due to previously unavailable aluminum alloys and was given newer engine options to improve efficiency. In addition to this, the aircraft’s wingspan was stretched to 64.4m (211’) via wing extensions and winglets.
Another way that the 747-400 decreased operation costs was its new cockpit design. The cockpit was updated with a new glass cockpit system introduced on the Boeing 757 and 767. This system decreased pilot workload and removed the need of a flight engineer, meaning the airline could operate the plane with less crew.
The plane proved popular as an airliner when first released due to it’s unmatched capacity and relative efficiency. Nowadays, the 747-400 is in limited use for passenger-carrying flights, but is still very popular as a freighter. In fact, many passenger 747-400s (747-400 internationals) are being converted into freighters.
About the Model:
This model was built to celebrate and honor the Boeing 747 and the engineering behind it. The model shows both the iconic shape of the 747 and conveys the size of the aircraft. The model includes retractable landing gear and a removable roof to access the interior.
The model’s interior, just like the real 747, is able to seat more than twice the minifigures as the largest existing LEGO City airliners. The interior includes details such as the two-crew cockpit, iconic spiral staircase, and unique seating arrangement of the 747 family of airliners.
Length: 102.9cm (40.5”)
Wingspan: 101.6cm (40”)
Height: 27.9cm (11”)
Seats: 57
(All photos used in this project are my own work)
Thank you for checking out my LEGO Ideas project! If you would like to build your own 747, consider supporting!