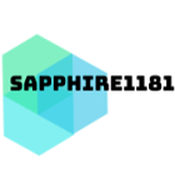 By SapphireDragon1181
20 comments
The Chained Dragon*
Note: if produced, the dragon will be red and black, the white 4x4 curved tiles will all be black and the knight will be silver as I did not have the pieces to hand.
The chained dragon is, well, a dragon chained to its mountain home by the first knight! This tensegrity sculpture features: a dragon, a knight, a legendary sword and one biiiig treasure!
Image 1) the full sculpture - as seen, there are two lava pools, one filled with transparent-orange and                     flame pieces, and the other being a small pool further up the mountain.
Image 2) a close-up of the chained dragon.
Image 3) a side view of the build that proves that this is tensegrity
Image 4) a closer view of the large lava pool and the desolate terrain
Image 5) MORE LAVA!
Image 6) the legendary blade can be placed in the stone and withdrawn by the knight
Image 7) once the dragon is thrown into the lava pool and vanquished (or tamed???) the short chain                     assembly is moved out of the way, the interior of the cave is revealed, containing gold and                       gems - along with a small lava bath from days long passed...
Image 8) a defeated dragon!
Image 9) the knight nano-figure
Image 10) the blade and knight
Image 11) FREEDOM! The dragon (though small) has an articulated head, wings, legs, feet and a                           bending tail!
Anyways, as the dragon can be detached, this set is ideal for the seasoned builder and young children that want to have a micro battle! Furthermore, when the dragon is chained; moving its wings will adjust the angle and height of the dragon, due-to the chains and tensegrity design. I was scrolling through YouTube when I came across floating LEGO and you can imagine that I was cOnfUSeD so i watched it and found out about tensegrity (a combination of "tension" and "integrity"), which is actually physics from the 1950's, with that in mind I built basic tensegrity and went from there!
I hope you will support,
Sapphire