Down to the final week for Lego Baltimore here on Lego Ideas. This was a fun project for me. It was the second submission of my first set, and the first submission where I tried to render some photo-realistic images. Getting selected as a Staff Pick was a huge surprise. Although it didn't result in a lot of support votes, it encouraged me to continue on with Lego Ideas and submit newer, and hopefully better, sets.

So never give up, and always try to make your next set better than the last.

Lego Baltimore is still hanging in there with 86 days to go. I made a new render tonight with the current settings that I use for my other, more recent projects. Enjoy! 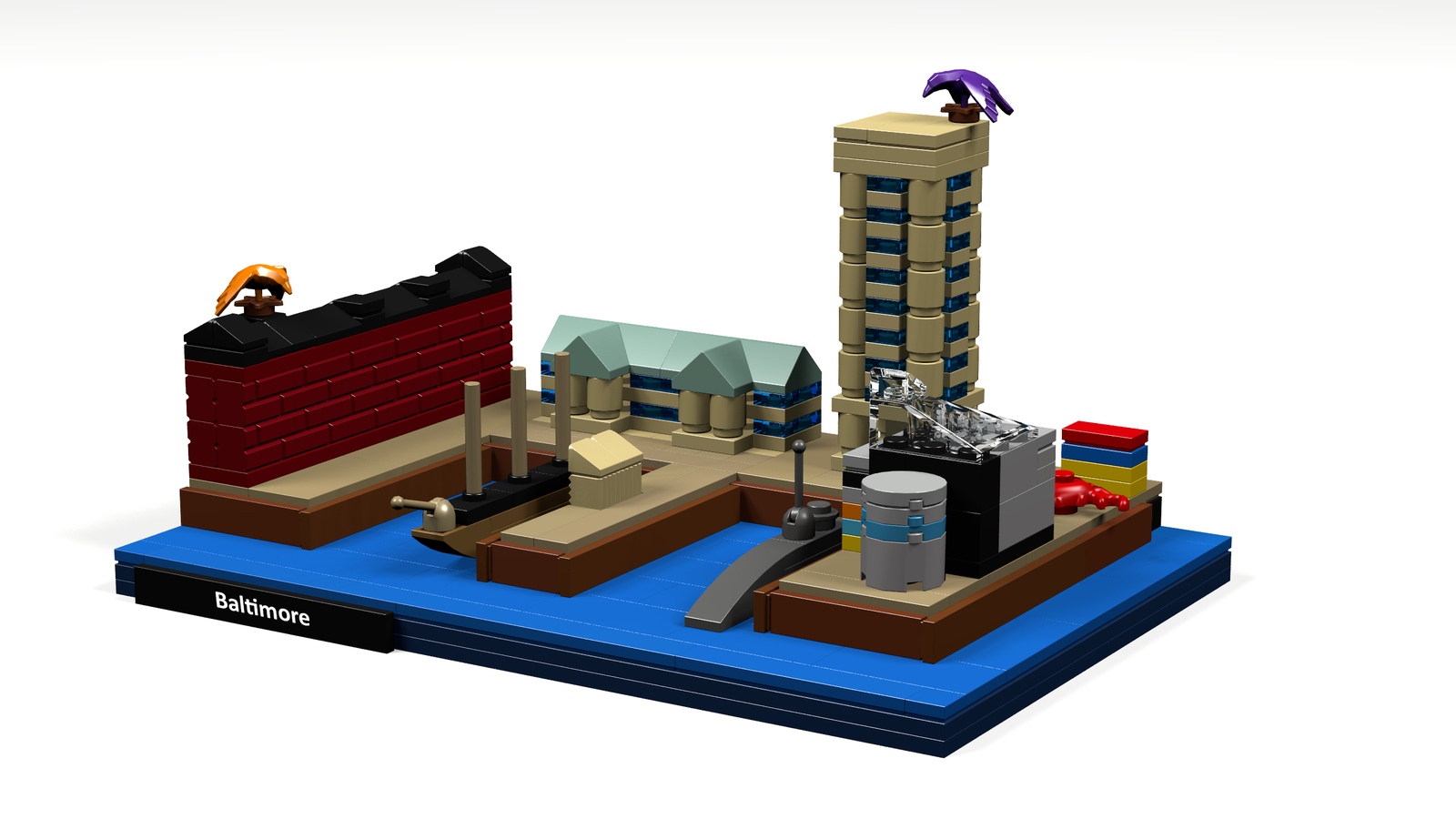 Getting out a new image while I'm still on the "Staff Pick" list. I've made a few improvements to the base and Photoshop-ed in the "Baltimore" label. Also, the quality for the new image should be better than my originals, which were much too dark. I'm still figuring out how to best use the LDD to POV-Ray Converter software. But I'm getting there.

Thanks again for the support! 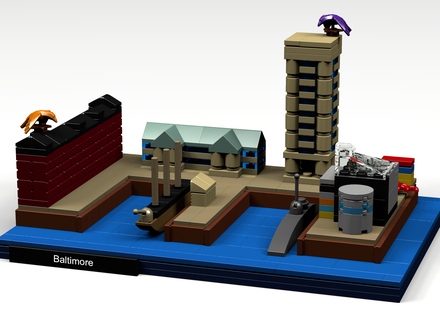 A sincere thank you to Lego Ideas for selecting Lego Baltimore as the "staff pick" for January 23, 2017! It truly is an honor to be chosen among so many incredible designs. Brick on!