The Legend of Zelda , subtitled The Hyrule Fantasy in its original Japanese release, is an action-adventure video game developed and published by Nintendo and designed by Shigeru Miyamoto and Takashi Tezuka.

Set in the fantasy land of Hyrule, the plot centers on a boy named Link, the playable protagonist, who aims to collect the eight fragments of the Triforce of Wisdom in order to rescue Princess Zelda from the antagonist, Ganon. During the course of the game, the player sees Link from a top-down perspective and must navigate him through the overworld and several dungeons, defeating enemies and finding secrets along the way.

The Legend of Selda Spirits Tracks is one of these games. The Iconic element of this video game is naturaly the fabulous train : so I created it with lego bricks! As you can see on the pictures, the train is composed of four wagons, the head of the train, the cannon, a wagonnet and a transport charriot. There is a total of 440 pieces without the minifgures. The minifigures represent Link (the green "knight") with its famous shield and The Princess Zelda whth its golden crown !

So, I said everyting about this project : it is your turn now to vote for this project if you want to see it as a real Lego set. And, please tell all your friends about this set. It would also be a big help if you inform The Zelda Group Members and Lego fans you know about this set so our big dream comes true and this will be an official Lego set!

A zelda Thanks !! Sincerely Brickproject ! 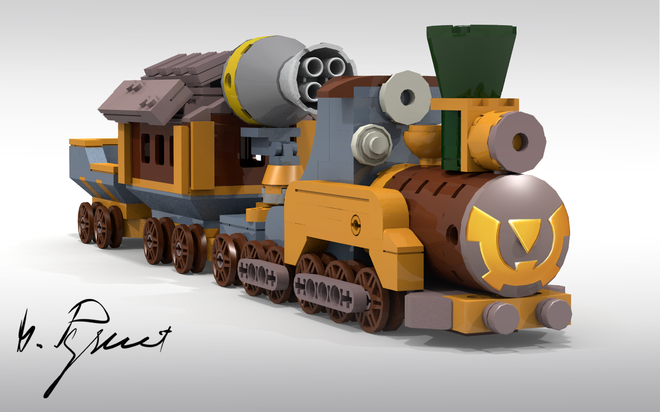 Profil of the train 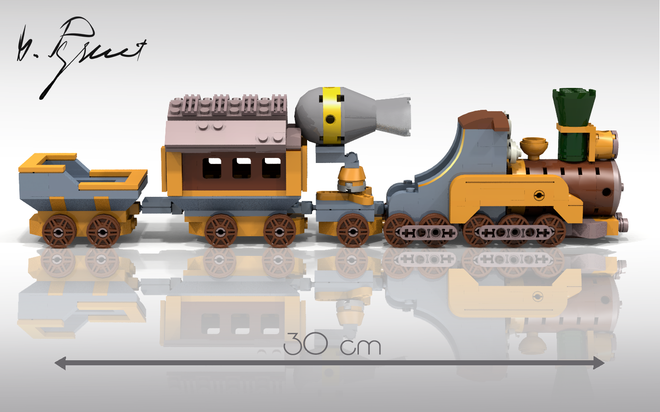 If you want to see more about Brickproject's projects go here !

- Lego Microscale Back to the future here