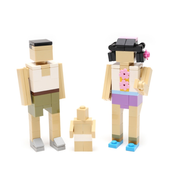 Hi , I like "Mr. Bean" movie. It is very funny and I like his mini car. That's way I want to create it. I used basic lime plate and brick to complete the mini. And I also try DIY minifig for Mr. Bean and his lovely bear.

Here is the information of Mr. Bean's Car from wiki :

* Mr. Bean's car, a British Leyland Mini 1000, developed a character of sorts over the series and was central to several antics, such as Mr. Bean getting dressed in it, driving while sitting in an armchair strapped to the roof or attempting to avoid a parking garage toll by driving out through the entrance. *

And I added the chair and the wood stick to demonstrating a famous scene from the Mr. Bean episode "Do-It-Yourself Mr. Bean" on a Mini.

P.S. I like Rowan Atkinson starred as Mr. Bean. He gave us funny and the childhood memory. 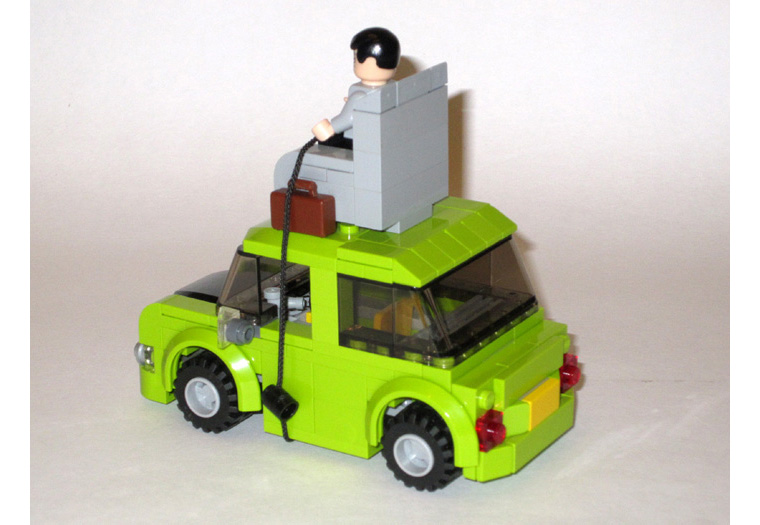 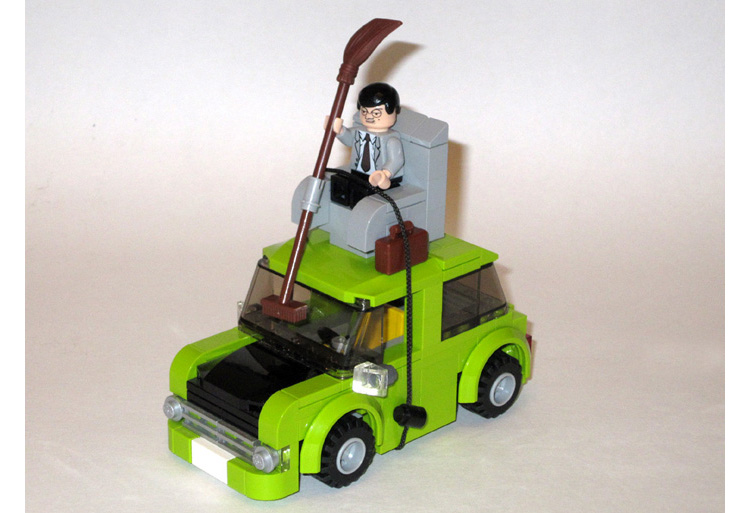 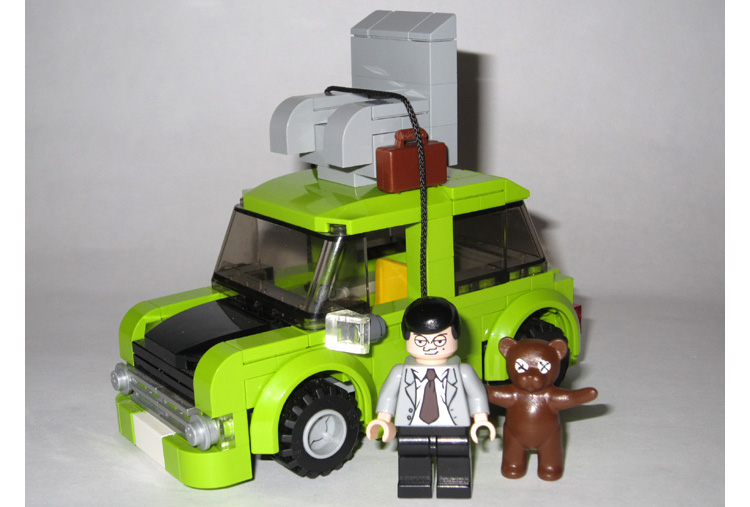 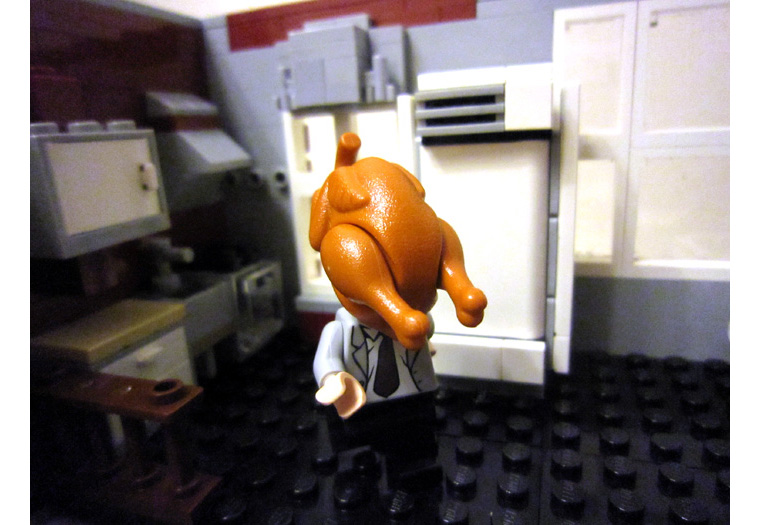