Failure is not an option if you have a problem in the space. Apollo 13 was about to turn into a disaster, but thanks to the determination, cool blood and profesionalism of the astronauts and ground support personnel, the mission ended in the fortunate rescue of the crew, all safe and healthy. The odyssey of Apollo 13 was followed by millions when it happend in 1970, and there was even a movie about it, starring by Tom Hanks (Apollo 13, 1995). 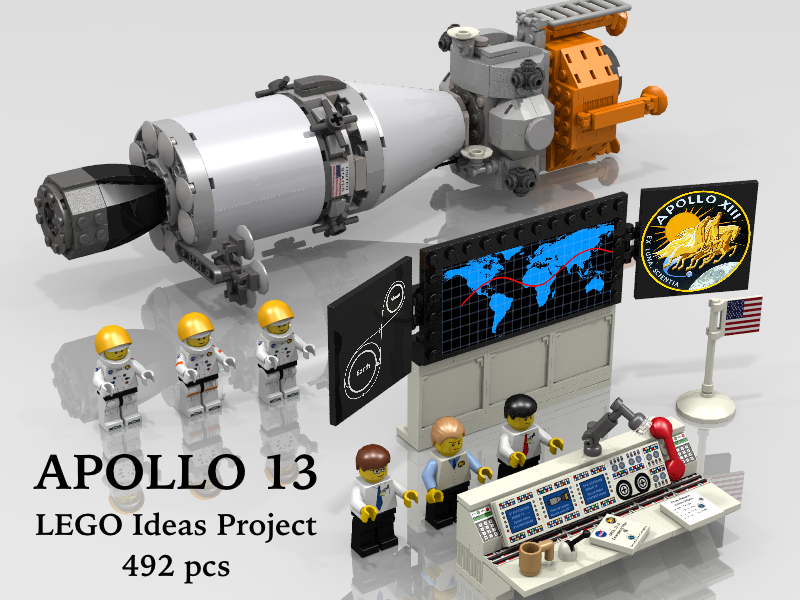 April 10, 1970. A Saturn V rocket with the Apollo spacecraft was launched from Cape Canaveral. The goals of the mission were to land on the moon, collect some geological samples and return to Earth. The first problem was the shut down of the center engine of the second stage of the saturn V, but the other four engines burned longer to compensate it, and the parking orbit (190 km) was achieved as was planned. The crew separated the Command and Service Module (CSM) and did the maneuvers to dock and extract the Lunar Module (LM) from the third stage successfully. Then, the Apollo 13 spacecraft began the way to the Moon.

April 13, 1970. While the Apollo 13 spacecraft was in the way to the Moon, at 205,000 miles (330.000 km) from the Earth, the CSM suffered an explosion in the oxygen tanks of the service module. The explosion tore off a panel of the CSM´s hull, the batteries of the ship and the oxygen tanks was badly damaged. The crew was in danger of death due to the lack of oxygen, so they evacuated the CSM to the LM, that served them as a life boat in the while. 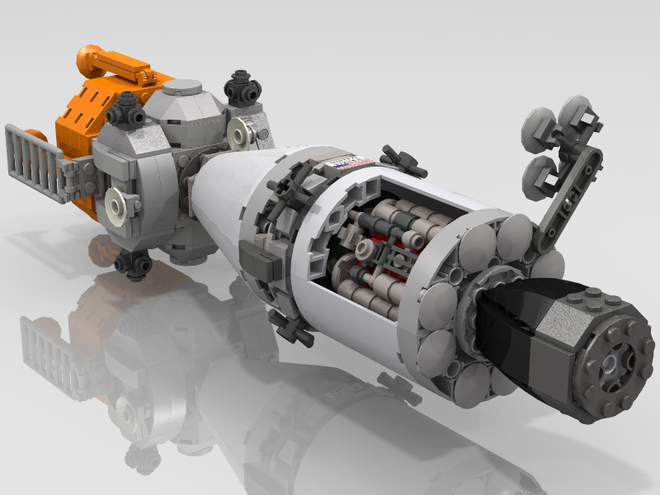 The crew did not have enough power nor oxygen to return to Earth, but using the resources that they had in the LM with the help of the Flight Control personnel and enginners in earth, they managed to survive and placed the spacecraft in route to the Earth. To save the crew, the Flight Director Gene Kranz planned a circumlunar trajectory, using the moon's gravity to push the ship to Earth (free return) and the engines of the LM to adjust the place of the splashdown.

April 17. When the spacecraft was in route, the astronauts come back to the CM and did the reentry, to be rescued by personnel of the Navy in the Pacific Ocean.

Ground Staff was critical to the success of the rescue of the crew. Many people worked during those days to devise and implement solutions to the problems of the mission.

Eugene "Gene" Kranz, Flight Director, was the leader of the ground support personnel. In the movie (but not in real life) he said "Failure is not an option", that expression reflects the attitude of the mission control team.

The LEGO model of the Apollo 13 has 2 parts: 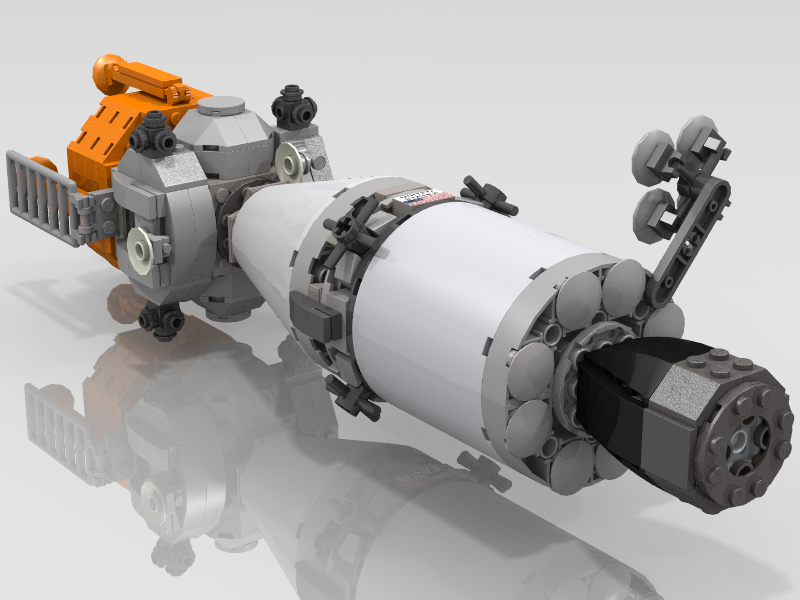 The CSM was made with 173 bricks. It has two parts, the Service Module (SM) and the Command Module (CM), that can be easily separated. The SM can be built intact or damaged by the explosion. The CM can hold the three astronaut seated inside.

The LM was made of 188 bricks. It has two parts, the Descent Stage (DS) and the Ascent Stage (AS). In a normal mission, the LM did the moon landing, but when the astronauts come back to the CSM, they left the DS in the moon, and the AS dock again with the CSM in the moon's orbit. So the LM had its own propulsion and oxygen tanks. That was crucial to the safe return of the crew of the Apollo 13 mission.

The control room was built with 104 bricks. It includes the main screens, and a work station. 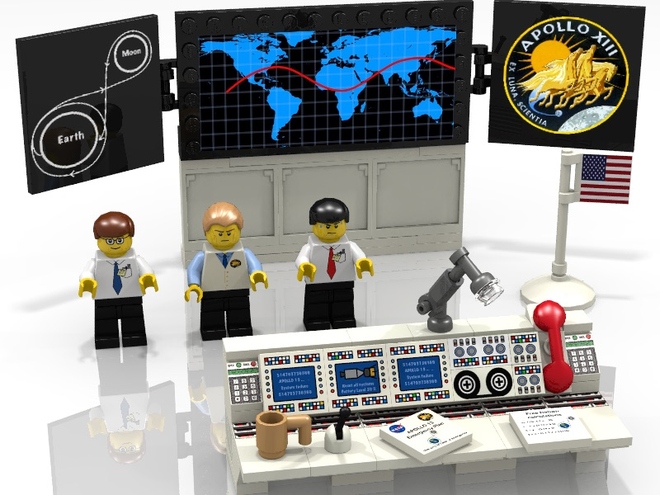 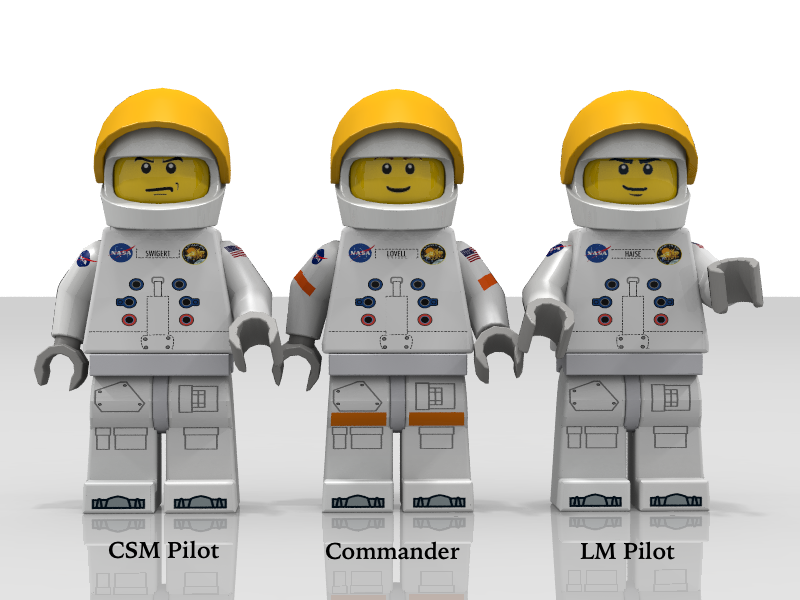 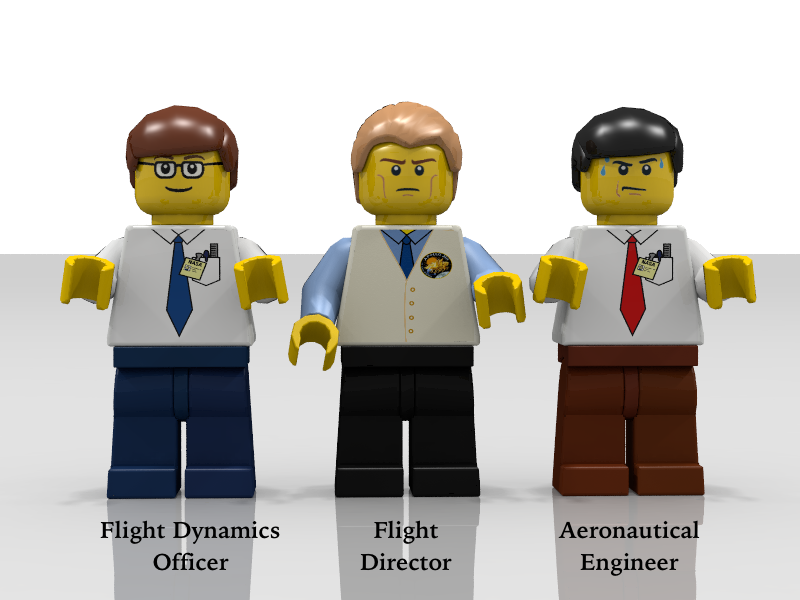 You can find high resolution pictures in my flickr album:

If you like the this project, be sure to visit my other Lego Space Exploration Projects:

A set about the rescue of the astronauts in the Pacific Ocean. https://ideas.lego.com/projects/86997 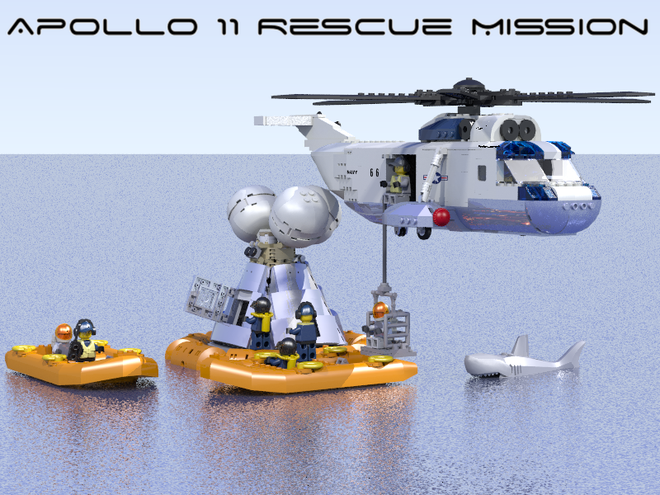 If you are looking for a more detailed set (1196 pcs) about the Apollo CSM-LM Spacecraft, check out this project:

Edition of the pictures