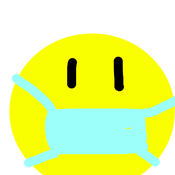 By DerpyBoi55
17 comments
This is a simple living room build that I made on mecabricks because honestly I was just rather bored. It has a Television, a coffee table with a drink, and a green 3-seat I-couch. (I sound like a furniture store right now) It's a simple idea that is amazing for being built off of, like adding it into a house build and making it the entrance and living room, or adding it as an apartment and putting it in a city build! It's a simple set made to spark creativity and modifications to the original set. Also, I wish i had better stickers on Mecabricks, because the minifigure could be watching something like the big game!