Inspired by Ian Fleming's book and John Burningham's original illustrations, Chitty Chitty Bang Bang, is the Magical Motorcar, a restored Twelve-Cylinder Eight-Liter Supercharged Paragon Panther, in English Racing Green. Rescued from the junk-heap by the explorer and inventor Commander Caractacus Pott, and his family, she became much more than a conglomeration of steel and wire and rubber and plastic and oil and gasoline and water. 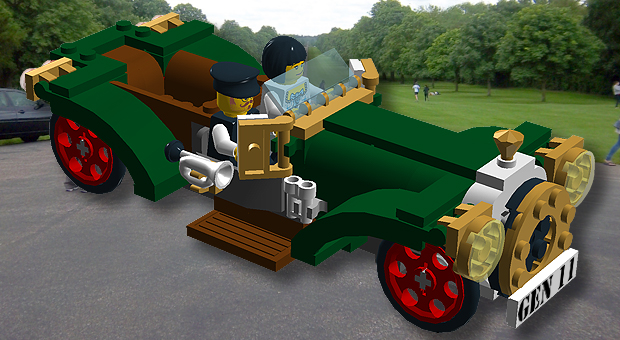 Commander Pott, after restoring Chitty Chitty Bang Bang declares that "certain changes, revolutionary and extraordinary adaptations take place all by themselves during the night". When the family sets out on the roads in Chitty Chitty Bang Bang, a holiday trip to the beach becomes an adventure of a lifetime.

Chitty Chitty Bang Bang is 8 stud wide car that seats four, two in the front seats, side by side, with the driver on the right, and another pair in the back seat. Details include the side and rear exhaust pipes, and old fashioned boa constrictor horn, GEN11 license plate, and removable collapsible roof. 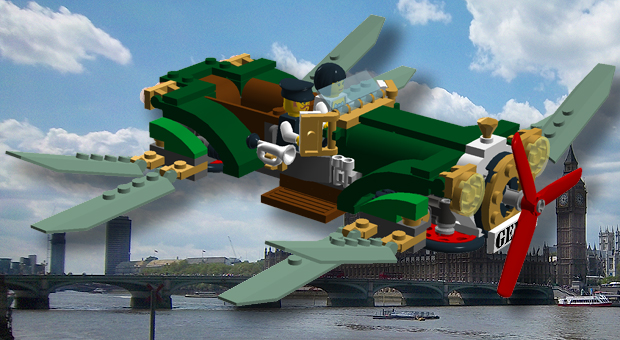 When picked up, Chitty Chitty Bang Bang's wheels rotate down, and the wings snap on under the front and rear mudguards while an aircraft propeller fits on the front grille. 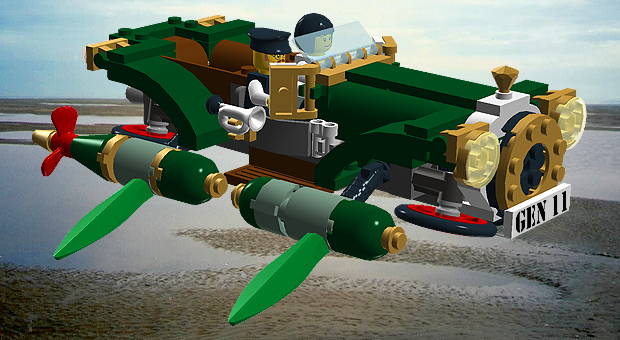 More Images on Brickshelf
Chitty Chitty Bang Bang At Sea
Off To France! 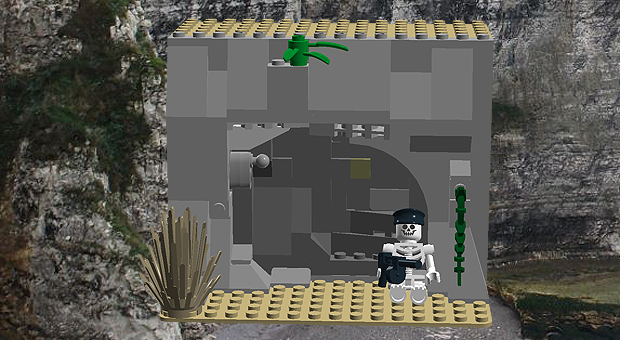 On the Calais Coast, the Potts Find a Mysterious CaveThe cave opens to reveal the stashed loot of international gangster Joe The Monster! What will the Potts do? Will they escape?

When the the latch is pulled, the doors of Joe the Monster's Cave are released to swing open wide enough to admit Chitty Chitty Bang Bang, inside the cave, Joe the Monster's Hidden Stash awaits, can the Potts to destroy it before escaping!?

Images and LDD files on Brickshelf