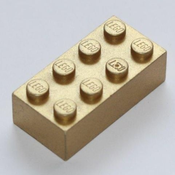 The Baker Street 221b in London is the home from the most popular detective in the world... Sherlock Holmes! He and his partner and friend Doktor Watson solved a lot mysterous crimes in London in the 19th century. Created by Arthur Conan Doyle, Sherlock became the most famous detectiv in the bookstores and cinemas.

This Lego-Set "22th Baker Street" is an homage to him. It shows a office (of corse untidy), a chimney and living room and a attic.

-Sherlock Holmes (with amagnifying glass and a pipe)

- Doktor John H. Watson (with a walking stick and a revolver)

-Policeman (with a truncheon and a revolver)

-London Woman (with an air fan)