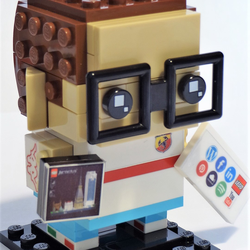 In my project I propose the 70th Anniversary of Abarth Factory.

Karl Albert Abarth was a race rider until the 1939.

Since the 1949 Abarth was a race car designer and He worked for the most important car factories.

A lot of people in the world love Abarth cars.

In this LEGO set there are two cars and two minifigures: