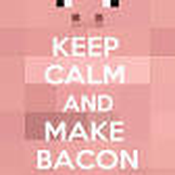 By Tuxedo8Steve
1 comment
Say hello to Tuxedo Steve. He is 5 1/2 in. tall and can move his head, neck, arms, and legs. He comes with a stone pickaxe, a cake, and a dog/wolf named Wilson. Both characters took at least 30 minutes to make. My favorite character from this set is Wilson. He can only move his head, but he looks exactly like the dog/wolf in the game. The reason I chose to make a Lego Minecraft set is because Minecraft is a fun and creative (just like Legos), is very popular right now, and is enjoyed by players of all ages.
Set includes:
* Tuxedo Steve
* Dog/wolf
* Stone Pickaxe
* Cake 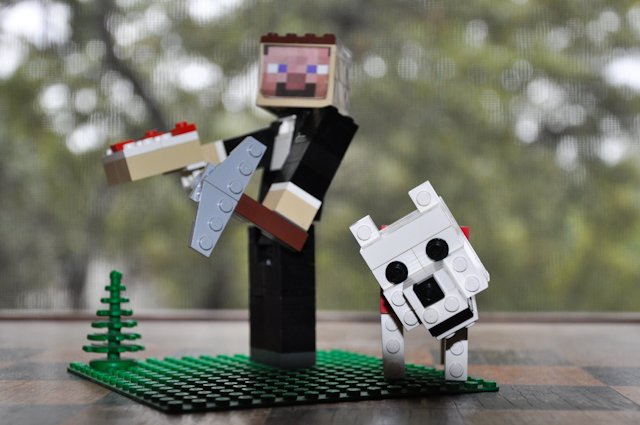