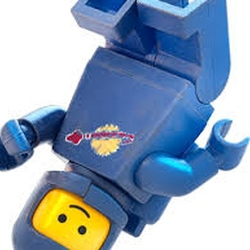 The Ranger 2 Moon Probe a probe made by NASA to be used as a test flight for NASA's  Ranger program. The NASA Ranger program was a series of umanned missions to the Moon. Ranger 2's destination was due for Earth orbit, but it was an unsusccesful mission and Ranger 2 blew up in Earth's atmoshpere. Ranger 2 was designed to test systems for future missions such as cosmic rays and a possible hydrogen tail trailing Earth. This LEGO creation has 151 peices and is built in LDD ( LEGO digital designer.)