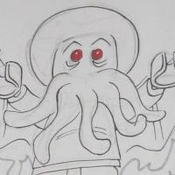 By WillGibson
18 comments
I present to you, LEGO fans, boardgame lovers, and Cthulhu Cultists:

Featuring 12 iconic locations inspired by the works of H.P. Lovecraft and built in micro-scale, and utilizing the battle-proven Heroica game engine, Miskatonic Valley thrusts players into a world of eldritch horror and cosmic madness!

Please be sure to SUPPORT the project [not just Facebook Like it]. There's a real chance you can help make Miskatonic Valley a reality, and Supporting is the quickest and easiest way to show LEGO you like what you see! 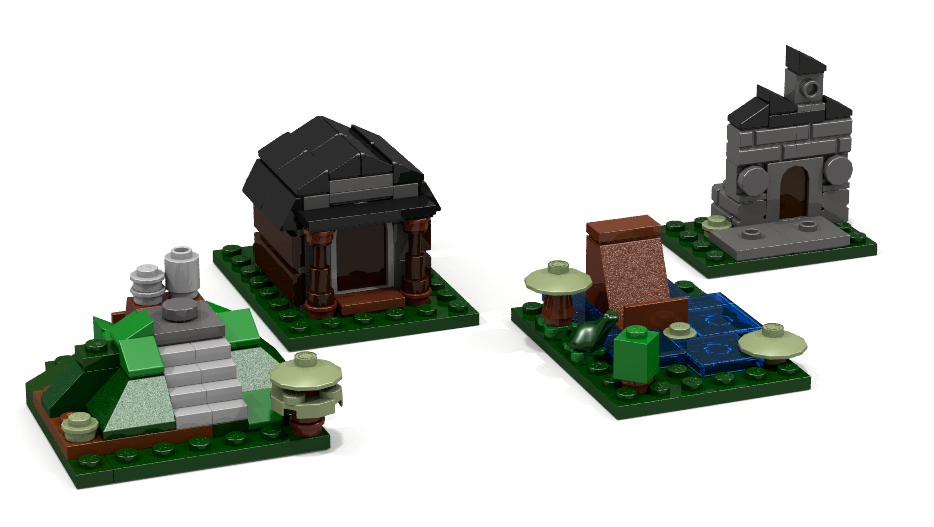 Miskatonic Valley requires players to take the role of an Investigator, charged with searching the areas around the haunted Valley for secret tomes of magic. Some are powerful, but some are cursed, and the knowledge of which is which always comes at a price.

Meanwhile, the stars are aligning, prefiguring the return of the Ancient One, and, possibly, the end of the world. It is up to you to collect the pages in time, while avoiding monsters, madness, and massive, angry, Elder Beings.

The LEGO Games system is an ideal platform for Cuusoo projects. I present a rule set and an attractive board, along with a number of important elements, and interested parties are given a fun game in its own right, OR a set of elements with which they can further develop their own fun.

Lovecraftian boardgaming has always tended towards the complicated, while LEGO Games have aimed for the quick-and-fun route. I designed Miskatonic Valley to complement both of these facets, while maintaining thematic elements that make Lovecraft a perennially popular literary figure.

Full Rules available here. I'll work on rendering up some more images of the various components. 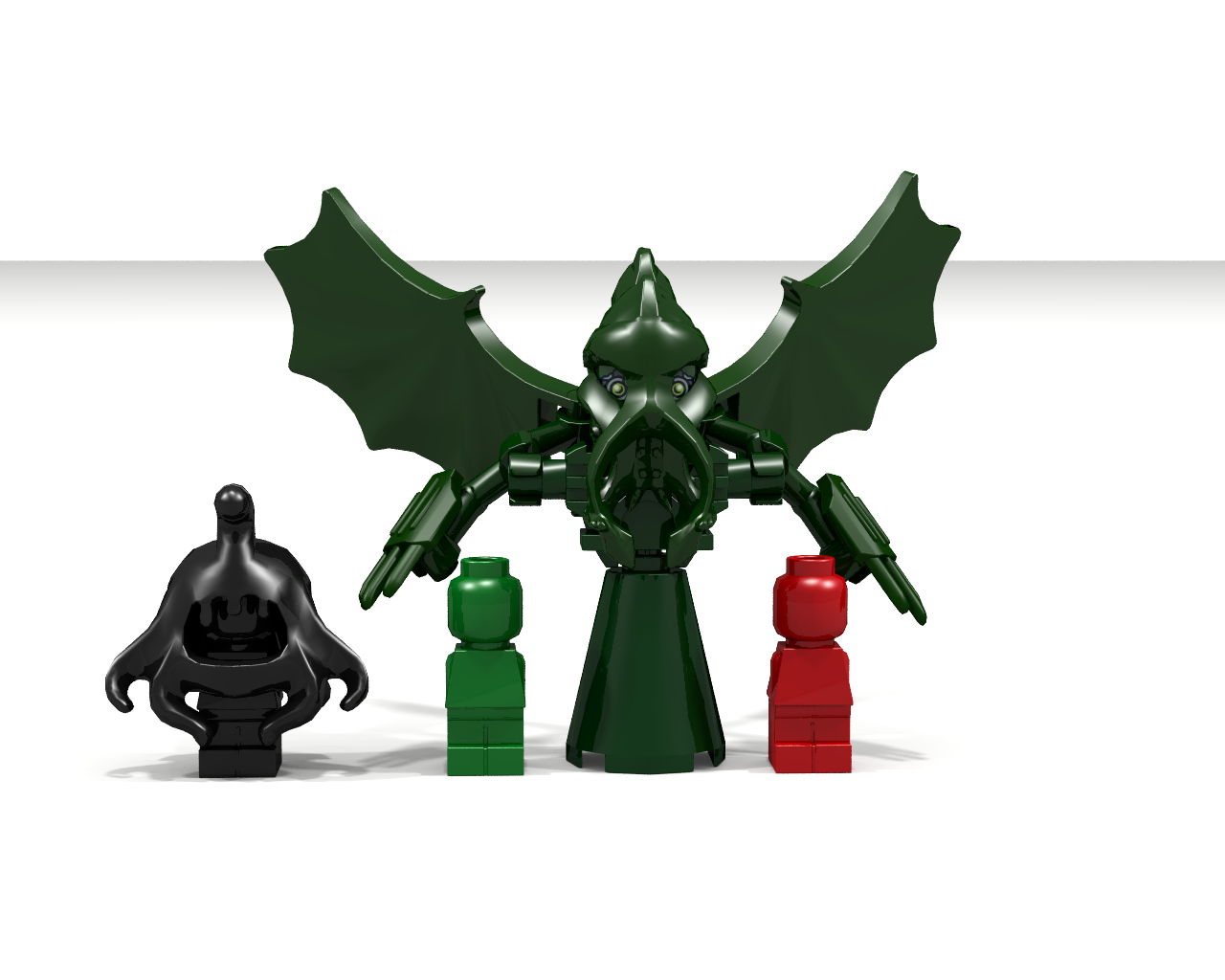 Please visit the below address for a comprehensive map of Miskatonic Valley, and the locations to be found therein:

You can look through the whole [small] Flickr set for slightly larger versions of the pictures here. I'll load better images as I am able to, but my gerbil-driven computer gets cranky when I try to render. 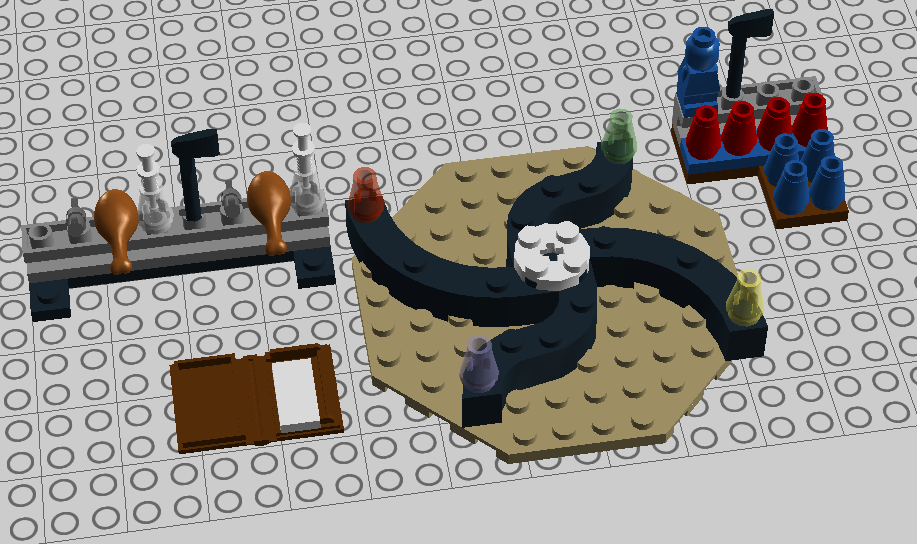 Here are a few of the key gameplay components for Miskatonic Valley, which might provide a sneak peek at the rules.

On the left is the Store, similar to Heroica but featuring different items, and with a slightly different management system.

In the middle is the Star Chart, which shows players how many more turns they have before the stars are right and the Ancient One awakens. [There's also a tiny hint in there for a future Advanced Rule for those paying attention.]

Below that is an ancient tome, with a white page, indicating it is helpful rather than Cursed in the final phase of the game.

And in the upper right is the Investigator Pack, again similar to Heroica, except now it includes Wits, which you must maintain in addition to your health.

Further Development:
The game is currently optimized for 3 Investigators, but I'm hoping to fine-tune and figure out a way to balance it for 2 players, and/or some form of Solo scenario [I love it when games include that] or a way to have someone control just the bad guys [which could allow for 4 players].

I'm also toying with expansion ideas, like the Haunted Woods (a smaller expansion with extra books, monsters [Mi-Go and Dark Young!] and a new Ancient One, Shub), or the Dreamlands (essentially a full-sized sequel, with key locations from that cycle of stories, new baddies [spiders, Toad-things, Byakhee], and yet another Ancient One [The Priest not to be Described]). Lots to do!

SPECIAL THANKS
To all you you have blogged or otherwise spread the word into the Dark Corners of the Earth:
Kyle at Cthutube
Mike at the Lovecraft eZine
The Incomparable GlenBricker for almost giving me CUUSOO of the week.

And everyone else who Tweetered or liked on Facebook and elsewhere.