The Frozen Tomb of Cursed King 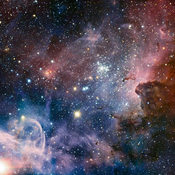 " 300 years ago lived wise and powerful king. Although he was good for his people, his main defect was hunger for power. King became intrested with dark magic, that led him to madness. He cursed his knights with Blood Amulet, to create his immortal guards. But one day he went too far. He forged Shudder Blade, that ensnared him. His whole kingdom became covered by snow and ice, and he was forced to became imprisoned. Today, young prince took two of his best warriors, to defeat cursed guardians and take the blade. But maybe it should remain untouched... "

This is my new project. It contains 10 minifigures, 2 builds of fantasy creatures and frozen tomb. All of the designs were created entirely by me. You can easily remove the roof, to acess the tomb. Minifigures in this set are:

I think this would be a great set for children to play, for collectors to set into a display, and for animators, to include in their movies.

Remember to leave a support and follow my project! Thanks for all your help.

Build contains 671 bricks, and was made in LDD.