Overview: The Big Bang theory is a sitcom that airs on CBS. It is currently in its seventh season. The show revolves around seven friends: Sheldon and Leonard (Physicists), Penny (their neighbor/ Leonard’s girlfriend/ Waitress/ Actress), Amy (Sheldon’s girlfriend/ Neurobiologist), their friend Raj (Astrophysicist), and their friend Howard (Engineer), and Bernadette (Howard’s wife/ Microbiologist). A good portion of the show takes place in Sheldon and Leonard’s apartment.

Goal: To create a model that accurately resembles Sheldon and Leonard’s apartment. All of the elements of the apartment were kept to scale as much as possible. The appeal of this set is broad; children will enjoy playing with it and adults will enjoy keeping it as a collectible. Only standard Lego pieces were to be used. To ensure this, Lego Digital Designer (LDD) was used for the modeling.

Description: The model has seven sections: living room, kitchen, hallway, window, closet, door wall and back wall. The best possible accuracy was achieved by using photos as reference and including a large number of items from the show. Hinges enable a 45-degree angle between key features of the apartment, bringing the orientation of items closer to their counterparts in the show. The hinges also allow the set to be opened. 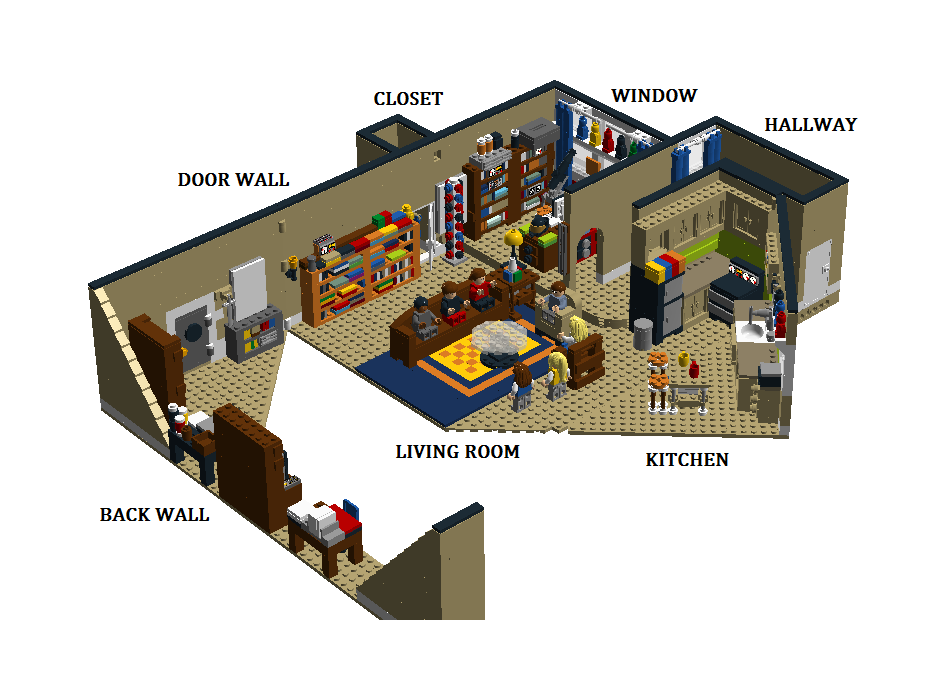 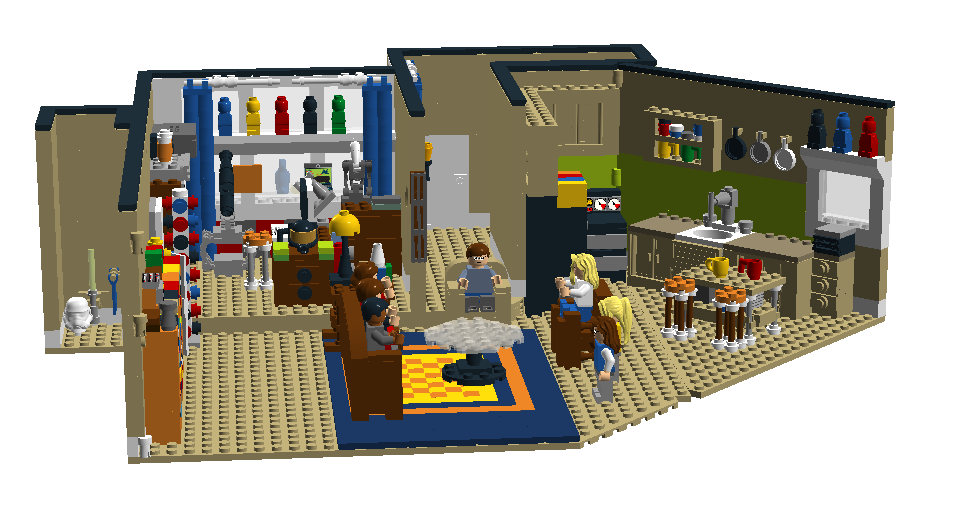 All seven of the main characters of the show have been transformed into Lego minifigures based on pieces available from LDD. I plan to adjust the appearance of each minfigure to better resemble each character. 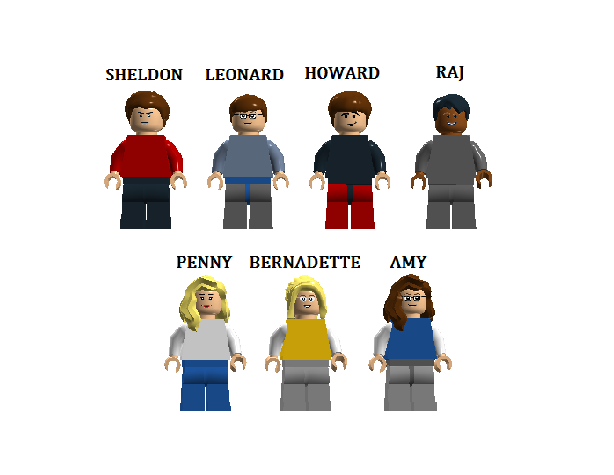