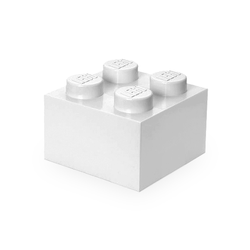 Sojourner was the first rover to ever drive on Mars in 1997. It was a part of NASA's Mars Pathfinder mission. The rover explored the area near its landing site called Ares Vallis for 83 sols (85 Earth days) and drove about 100 meters. It sent back more than 550 pictures from the Red Planet. Sojourner was about the size of a microwave oven, and had an instrument to analyze the composition of rocks.
I was very fascinated by the pictures from Mars with this little rover and the first wheel tracks on the Martian surface.
This LEGO model of Sojourner is built with many details like cables and instruments, so it looks very realistic. It has internal shock absorbers to keep the rover balanced.
Sojourner will always be my favourite little rover.
Number of pieces: 1137
Size:
Length: 30 cm (11.81 in)
Width: 22 cm (8.66 in)
Height: 15 cm (5.91 in)
Video about Sojourner by spaceflight historian Amy Shira Teitel.
50